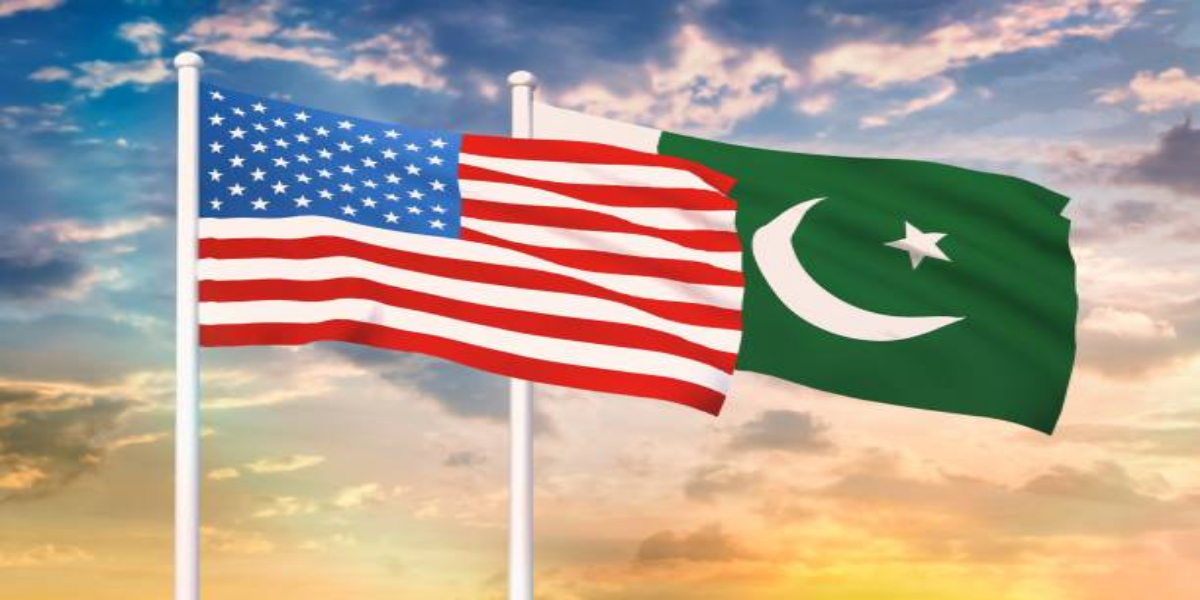 Having remained in a state of mutual tension, born of contradictions generated by Washington’s “grand strategy” to arrest China’s rise and Islamabad’s desire to play the role of a regional power as an ally of Beijing, over the past several years, Pak-US ties seem to be heading for a slow rupture.

The signs that all is not well between the cold war allies are legion. There has been no contact between Prime Minister Imran Khan and US President Joe Biden since latter’s inauguration. The only meeting of substance took place between Pakistan’s Shah Mahmood Qureshi and American Secretary of State, Antony Blinken last month on the sidelines of UN General Assembly in New York. Most of the discussion revolved around the issue of Afghanistan and what the both sides could do to prevent a looming humanitarian disaster facing Taliban controlled Afghanistan.

Islamabad’s core concern relating to Kashmir and New Delhi’s efforts to establish its regional hegemony through force modernization in South Asia were sidelined so was any resumption of Pak-US strategic dialogue. Pakistan’s efforts to gain a measure of legitimacy for the Taliban controlled Afghanistan fell flat as the American side refused to accept the idea of Taliban without an assurance of an inclusive government by them. The American side continues to insist that they are opposed to give regime in Afghanistan any concessions in the absence of verifiable action on the issue of human rights.

Second, Washington by announcing AUKUS, as a separate military alliance, consisting of Australia, UK and US, along with QUAD, seems to be strengthening its maritime capability in the Arabian sea through which eighty percent of China’s oil and trade pass through. By allowing Australia to build a nuclear-powered submarine that can remains underwater undetected up to several months, Washington is directly challenging China’s naval deployment in South China Sea and the larger theatre of the Pacific Ocean. This American pivot to Indo-Pacific Ocean means that continental theatre like Af-Pak has lost their strategic significance and that partly explains why US withdrew from Afghanistan.

The third source of friction between Washington and Islamabad is the latter’s nuclear weapons capability and Washington’s totally misplaced concern that extremist forces are a step closer after Taliban victory in Afghanistan to seizing Pakistan’s nukes.

At a recent Congressional Hearing Pentagon officials raised their alarm over this “nightmare” scenario and when asked by Congressmen about US response, they said that they would be discussing this in an in-camera session because of the sensitivity of the issue.

The fourth source of accelerating Pak-US tensions relates to Washington’s concerns relating to China Pakistan Economic Corridor (CPEC). Washington opposition to CPEC is well known, but in recent months it has picked up momentum as highlighted by several American reports that through CPEC, Beijing is trying to “convert” Pakistan into “its tributary” and get Islamabad mired into a debt trap.

The final source of friction of course relates to dynamics of Indo-US strategic partnership and its adverse impact on strategic stability in South Asia. Indian military planners have been long planning for a two front war against both China and Pakistan.

Even though many military analysts have questioned the feasibility of this scenario, due to factors such as misadventure, over estimation of one’s capabilities and technological determinism, inadvertent escalation between nuclear adversaries like India and Pakistan cannot be ruled out.

The Indo-US strategic partnership is marked by an element of strategic opportunism that can easily be exploited by either side for its own narrow self-interest. New Delhi is siding with Washington only to exert coercive pressure on Pakistan to make Islamabad concede its demands to rein in Jihadi forces and by implication keep the status quo in Indian Occupied Kashmir which favors India after the annexation of disputed territory as “Union territories” in August 2019. Since that time India has been claiming that Kashmir is “an internal matter” of India.

Unfortunately, the Biden Administration has virtually acquiesced to this brazenly false Indian claim because its sees India as a bulwark against China. Similarly, Washington is turning a blind eye to Indian strategic modernization that is Pakistan-specific but New Delhi has been able to sell it to Washington as India arms build up necessary to contain China.

What can Islamabad to do to avoid this creeping rupture of its ties with Washington?

Islamabad needs to make Washington realize that when push comes to shove, New Delhi cannot be a reliable partner of Washington. The Indian perceived role, as a counterweight to China, will not work as highlighted by what happened during the recent border skirmishes between India and Chinese forces in NEFA region.

Secondly, Pakistan’s cooperation against forces of extremism and terrorism is pivotal and hence US denigration of Pakistan as a partner for peace is ill conceived. Third, Islamabad by remaining engaged with the Taliban controlled Afghanistan could steer them towards moderation and stability. Fourthly, Islamabad has a history of cooperation with the United States and it should not be wasted at the altar of contrived strategic convergence between New Delhi and Washington.

The arrival of Deputy Assistant Secretary of State, Wendy Sherman on October 7-8 in Islamabad and her interactions with Pakistan’ Foreign Minister Shah Mahmood Qureshi, Army Chief, Qamar Javed Bajwa and National Security Advisor, Dr. Moeed Yousaf offered a great opportunity for both sides to consult each other on issues of mutual interest.  The current situation in Afghanistan “overshadowed” the conversation between Ms. Wendy Sherman and her Pakistan interlocutres.

It is a positive sign that Ms. Wendy Sherman endorsed the Pakistani desire to develop a broad-based relationship going beyond Afghanistan. It is time that both sides meet each other halfway and stop looking at each other through Indian or Chinese lenses.

The writer is a political scientist and defense analyst.