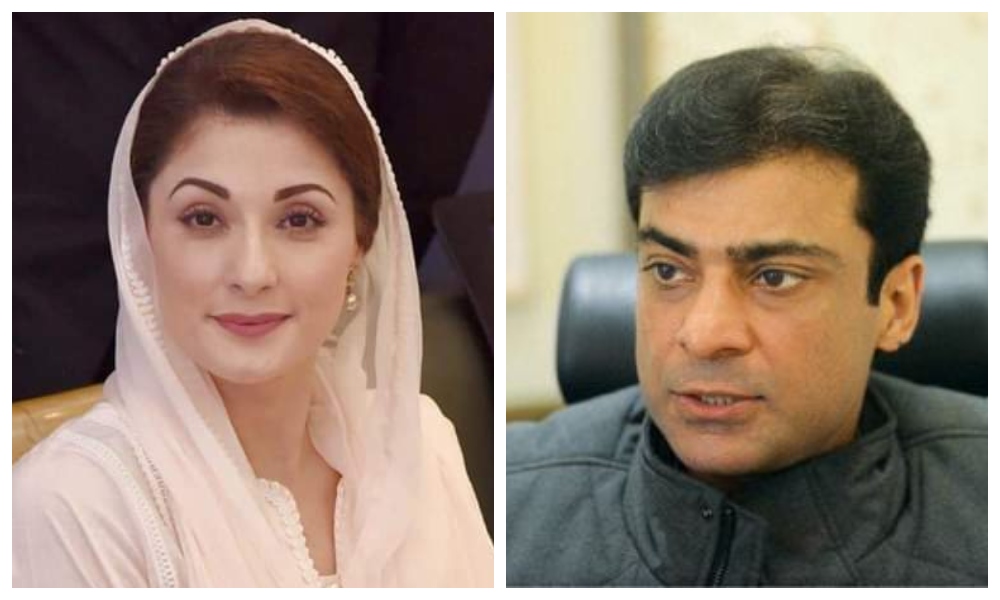 Although PML-N Senior Vice President Maryam Nawaz denies any rift in the Sharif family, cracks are now clearly visible in the façade of the Raiwind Palace. Who will be Nawaz Sharif’s next heir apparent – Maryam or Hamza – is the question. It is a serious bone of contention since both heirs are strong contenders. The only difference is that while that one believes in confrontation, the other banks on reconciliation.

This factional feud in the PML-N reached new heights when Maryam dramatically disassociated herself from her party’s decision to support extension in service of Chief of Army Staff General Qamar Javed Bajwa in 2019. This too, after the government managed to win the support of the main opposition parties and unanimously passed bills in the National Assembly to extend the retirement age from 60 to 64 years for the chiefs of Army, Navy and Air Force, and the Chairman of the Joint Chief of Staff Committee.

It goes without saying that when all the members of the PML-N voted for the extension of the Army Chief, Maryam saying that she was not involved in ‘this sin’, is indeed an act of revolt. The conflicting statements from the scions of the same family is causing a lot of problems within the party.

This ill-will has also led to a debate among political analysts claiming that there are two camps in the PML-N, one comprising of members supporting a reconciliatory approach of party president Shehbaz Sharif and the other consisting of hardliners endorsing the anti-establishment stance of the party’s supremo Nawaz Sharif.

Brutus killed Caesar, not because he loved Caesar less, but because he loved Rome more. The group which believes in reconciliation is eagerly waiting for a ‘Brutus’ not because they love Nawaz Sharif less, but because they love and respect Pakistan Armed Forces more. As such, they cannot afford to take the weight of his statements directly accusing the national security establishment of orchestrating his ouster and bringing Prime Minister Imran Khan to power.

Maryam has also confirmed her differences with Hamza Shahbaz but, to dilute the issue, added that Nawaz Sharif and his brother are the undisputed leaders of PML-N and they are the ones who take the party forward. But, as wise men say, three things cannot be hidden for long: the moon, the sun and the truth. After only a few days of her clarification she admitted, “I still have some people within the party who are afraid of us, and we are afraid of them.”

Expressing regret regarding the lack of conviction and confidence within the party’s ranks, she said, “The opponents were fully aware of the power of Nawaz Sharif, and unfortunately the PML-N is not at a meeting of the party’s Faisalabad division organized by PML-N Punjab.

To pour oil over troubled waters, the storm PML-N spokesperson Marriyum Aurangzeb, an integral part of Maryam Nawaz’s inner circle said, “The PML-N had and will continue to have a singular, cohesive, united narrative that binds every single one of its leaders, members, workers, voters and supporters together under one ideology”.

Meanwhile, some political pundits predict a rather interesting change in the PML-N in this decade. They foresee Maryam calling the shots and they have good reason. Ever since it was announced that Maryam would participate in politics to assist her father in the 2013 general elections, she has been active in politics and is a vice president of the party.

Currently, Maryam is the only female political leader who is playing such an effective role not only in her own party, but in the country. She is effectively using social media to get closer to potential voters. Through her aggressive confrontation with the PTI government, she has caused fissures among the old-school loyalists of Nawaz Sharif whilst winning over the support of young voters.

On the other hand, Hamza Shahbaz is currently Leader of the Opposition in the Punjab Assembly. As such, he is already a force to be reckoned with, both within the party and in the overall political scene. The younger Sharif is quite clear about his political priorities. He wants to raise a good team of political workers and to woo the party’s old guards shunned by the elder Sharifs ever since they returned to power for obvious reasons.

As Hamza is going strong, the other PML-N leaders, originally from Lahore have taken a back seat. With Nawaz’s own sons not much interested in Pakistani politics, Hamza is set to fly higher and higher in the days to come, but much depends upon the future fortunes of his party.

Political parties are already in an election frame of mind. The growing fissures within the ranks of the party may adversely affect their election campaign. Sensing the urgency, senior members of PML-N are trying for a patch-up before the election campaign starts. Time will tell whether political expediency or immaturity will triumph.