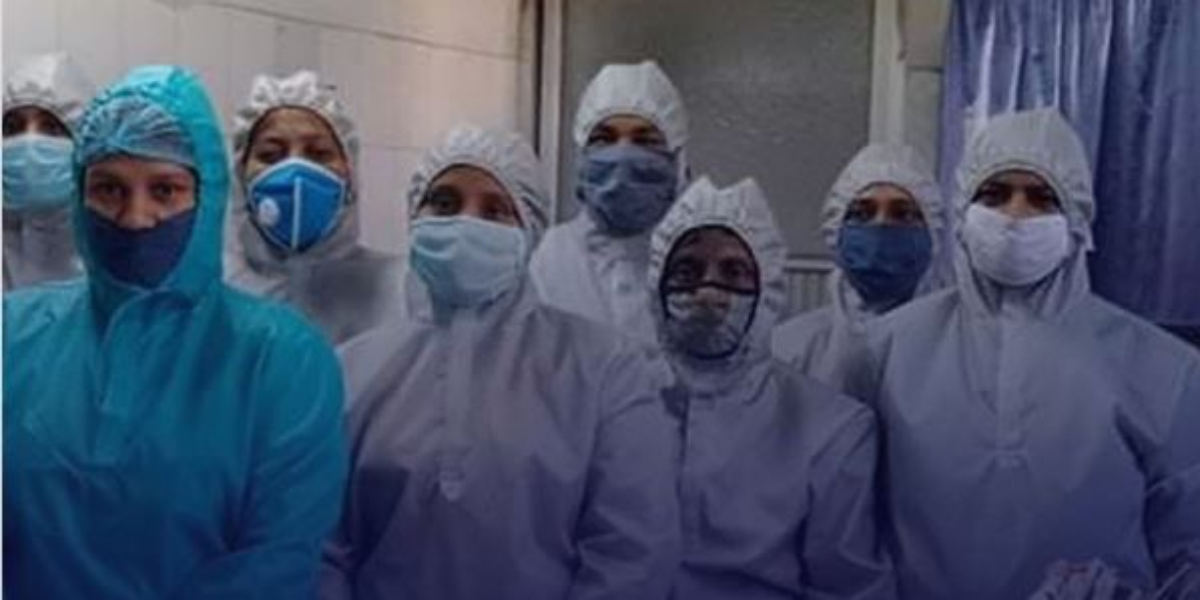 At a time when Pakistan is facing a shortage of more than 0.2 million doctors, 0.18 million dentists and 1.4 million nurses, the mass exodus of healthcare professionals from the country has created an acute shortage of hospital staff. The situation has further aggravated as the hospitals are forced to share the enormous burden of Covid patients. More than anything else, the obvious effect of this brain drain is the collapse of the healthcare system.

A large number of patients visiting hospitals to receive medical treatment leave the hospital worried and frustrated due to the shortage of doctors. According to the global standards, at least two doctors, one dentist and eight nurses should be taking care of 1,000 people. Unfortunately in our country, the story is very different.

According to the Bureau of Immigration and Overseas Employment, a subsidiary of the Ministry of Overseas Pakistanis, the demand for doctors, nurses, pharmacists and X-ray technicians from Pakistan has increased in view of the pandemic. The report confirms that from January 1, 2019 to August 30, 2021, 6,307 health professionals from Pakistan, including 3,976 doctors, traveled to 59 countries to provide services in the health sector.

The breakdown reveals that 3,976 doctors, 1,942 nurses, 219 pharmacists and 160 technicians went abroad during the period between January 2019 and August 2021. This can be termed as the highest ever exodus of health professionals from Pakistan in search of greener pastures.

In this regard, the officials of the Overseas Employment Corporation say that after the lifting of visa restrictions for Pakistani workers by Kuwait last year, the demand for health professionals has been increasing on a daily basis. Officials from the Kuwaiti Ministry of Health complete the interviews and selection process themselves, and as soon as the batch of more than 200 people is ready, they are sent on a special flight.

In the United States alone, there are over 17,000 doctors of Pakistani origin. Pakistan is the fourth highest source of International medical graduate doctors, according to Healthcare in Pakistan – Wikipedia.

A recent study on ‘Physicians’ Migration: Perceptions of Pakistani Medical Students’ highlights that majority of Pakistani medical graduates wish to leave the country for postgraduate qualification abroad, mainly due to low salaries, poor job structure, insecurity and religious intolerance. Certain urgent interventions are required if we want to reverse this trend of medical brain  drain.

In Western and Gulf countries health professionals are paid well and the healthcare systems are well organised and developed as compared to Pakistan, or for that matter any developed country, hence the health professionals here try to avail the opportunity. Migration of doctors revolves around the following reasons: better structure of medical education, desire for better income, general security and improved prospects for the family.

The crux of the problem in our country is that now, more than ever, our deteriorating healthcare system rests on the weak shoulders of young doctors. The old hands take the backstage while the young ones hold the fort.The environment offered to these young doctors in the hospital wards is not only depressing, but tiring as well since senior doctors tend to shift their responsibilities onto them, thereby increasing their workload. This work pressure and lack of facilities affects not only the health of the doctor, but the patient care too.

During the height of the Pandemic, the young doctors, nurses and paramedical staff in Lahore Punjab had held a hunger strike camp at Health Secretariat to protest against the health authorities’ incompetence and inefficiency in providing protective gear to the healthcare professionals working at isolation wards for the treatment of coronavirus patients in the province.  Even the salary they get is much less compared to their workload and working environment. This heavy workload can be reduced by recruiting more young doctors so that duties can be divided accordingly. Apart from insufficient salaries, their pay cheques are often delayed for months, creating more frustration.

In order to ensure their dedication and effort, doctors working in Pakistan must be offered enough salary and on time payment. Unless conducive working conditions are ensured, the exodus of doctors cannot be stopped.