Twelve years have passed since the massacre of Karsaz, Karachi, but the fierce memories of this bloody day are still fresh today.

According to the details, twelve years have passed since the tragedy of Karsaz. In the tragic incident, well-respected PPP workers and sympathizers were martyred and more than 500 were injured.

The convoy from the airport was flowing towards Bilawal House in the form of a procession.

Benazir Bhutto remained safe in these blasts. 177 people, including 20 security personnel, were killed and more than 500 were injured. 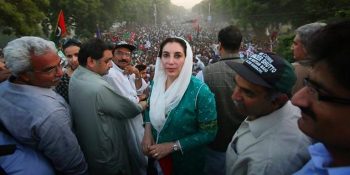 Two cases of this tragic incident have been registered in Bahadurabad police station.

One of the cases was filed by the government and the other by Benazir Bhutto.

In his message on the 12th anniversary of the tragedy which killed at least 200 people, the PPP chief said that his party has crossed rivers of blood during its valiant struggle for restoration and strengthening of democracy.

Bilawal Bhutto Zardari said that dictators and terrorists joined hands in conspiring and executing the terror at a time when millions of workers were welcoming Shaheed Benazir Bhutto and central leadership of the party.

PPP Chairman said that Shaheed Mohtarma Benazir Bhutto continued to challenge the dictatorship regime and terrorists even after the Karsaz attack and eventually laid down her life on December 27, 2007.