NAB will not interfere in tax matters from today: Chairman NAB

Addressing a presser in Islamabad on Sunday, the Chairman said, NAB will never take unfriendly steps against businessmen.

Iqbal said that he was shocked when he learnt that one individual had expressed his reservations about NAB in the much-talked-about meeting between Chief of Army Staff (COAS) Gen Qamar Javed Bajwa and some of Pakistan’s most powerful business tycoons on Wednesday.

However, the NAB chairman said that a few days prior, the same individual had written a letter to the bureau in which he had applauded its services.

Iqbal said that he would not name the businessman as he didn’t want to affect anyone’s image, but said that if the individual had reservations he should have shared them with the bureau.

The NAB chairman added that not just one business tycoon, but at least three, had written letters to the bureau in which they praised it. 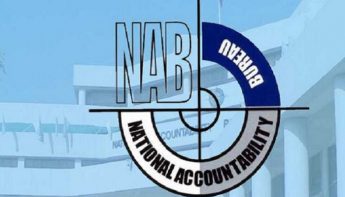 He said that he would furnish the said letters if needed be. Javed Iqbal expressed his gratitude to them for praising NAB as well as for expressing their reservations.

“Every person or institution can make lapses,” he said, adding that God had given humans intelligence in order to minimize the lapses.

The NAB chairman added that a four-member committee has been formed, the mandate for which is being determined.

He said that it could be seen as an “advisory” institution that would discuss the problems of the business community and find solutions to them.

Vaccination of citizens has been restarted at the city’s most Corona vaccination...

Men Are Not Robots, If Women Wear Fewer Clothes, It Will Have Impact: PM

Prime Minister Imran Khan said that men are not robots, if a...