The meeting discussed the stability of the Pakistani economy and the need for significant reforms.
Dollar pricing issues were also discussed in the meeting.
The World Bank officials and government delegation attended the meeting in Islamabad.
Advisers to finance Abdul Hafiz Sheikh and the Governor of State Bank, were also attended the meeting.
On the occasion, there was a discussion on providing a conducive environment for business and employment while also providing the best education, health and skills to the people of Pakistan.
Earlier on this month country head of Pakistan conducted a seminar in Karachi.
During the seminar he said, in the next 30 years Pakistan’s economy will be included in the World’s the biggest economies.

At present, Pakistan’s economy faces various problems, but the government’s priorities are in the right direction, country head of the World Bank added 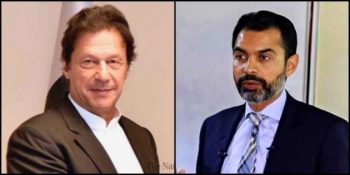 On the other hand Governor State Bank Raza Baqir also met with Imran Khan at PM House, In which the economic situation of the country was discussed.

On this occasion, Raza Baqir briefed the Prime Minister on the State Bank and financial affairs, while exchange reserves were discussed, including the strengthening of the dollar.

According to the news, Pakistani swimmer Haseeb Tariq has stated that he...

A glass of chilled shikanji after a day’s work is all you...

From Mirzapur to Mimi, Indian versatile actor Pankaj Tripathi has sure come...