According to details, Good news for Pakistan, discovery of underground gas and oil reserves in Sindh, gas from Sindh has been named as Shell and Tight.

In the first phase, OGDCL will dig in Sindh to look for shale and tight gas hidden in the foothills of the mountains. The government has decided to issue a formal license within one month of making the policy. At a meeting of the Petroleum Committee chaired by Senator Mohsin Aziz, officials said 95 trillion shales of gas and 14 billion shale oil reserves are expected in the country. 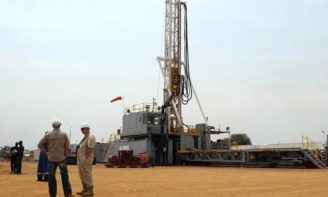 Member committee says areas for exploring mineral reserves should be made a policy of spending on the welfare of the local population first.

Fawad Chaudhry criticizes ECP for protesting against the election bill

Fawad Chaudhry criticized the Election Commission of Pakistan (ECP) for protesting against...

In a money-laundering probe that includes a sugar mill owned by the...