Famous Turkish serial Dirilis Ertugrul to be on air on PTV

According to a report in Arab News, the drama will soon broadcast on Pakistan Television after being dubbed in Urdu. PTV has gotten rights for dubbing and screening it in Pakistan.

Earlier in September PM Khan has shared that Pakistan, Turkey and Malaysia will jointly launch a TV channel to fight Islamophobia. PM Imran had said that the English language TV Channel will be like BBC which will also highlight the issues faced by the Muslim world.

Our meeting in which we decided to set up a BBC type English language TV Channel that, apart from highlighting Muslim issues, will also fight Islamophobia. pic.twitter.com/GA6o15oJFH

Since its premiere on state-run Turkish TV channel TRT 1 in November 2014, the serial has been on aired in 60 countries.

While talking to Arab News special assistant to the Prime Minister on information and broadcasting Dr. Firdous Ashiq Awan said, “We have taken this initiative as the prime minister wants to protect our social, cultural and religious norms,”

“The Muslim world has its own cultural heritage and values, but we are looking into western ones,” she told Arab News in an interview in Islamabad on Monday.

According to Awan, the drama can enlighten and broaden the understanding of the history of Islam, especially among younger generations. 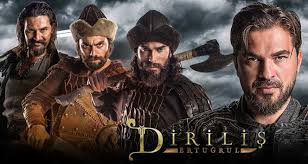 PTV director for international relations, Shazia Sikander, who is also the head of this project, told Arab News that PTV is dubbing “Dirilis: Ertugrul” in Urdu as it has already secured all rights from TRT.