Twitteratis use #HappyBirthdayDGISPR to wish Major General Asif Ghafoor on his birthday.

On the occasion of DG ISPR’s birthday, Pakistanis are expressing their love for the Pakistan Army in their own way.

Asif Ghafoor was commissioned in an 87 SP Medium Regiment Artillery in September 1988. 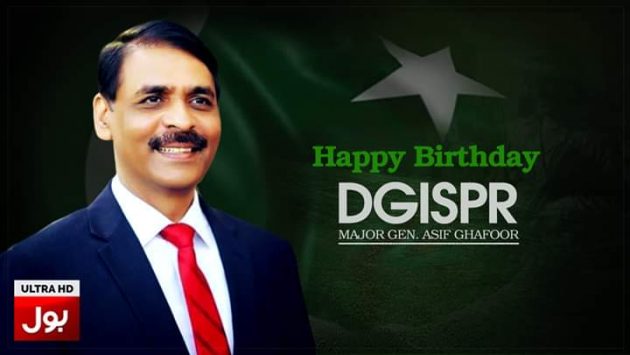 He has been on the faculty of Command and Staff College, Quetta.

DG ISPR is recipient of COAS Commendation Card for operations in Bajaur during 2008.

Fawad Chaudhry criticizes ECP for protesting against the election bill

Fawad Chaudhry criticized the Election Commission of Pakistan (ECP) for protesting against...

In a money-laundering probe that includes a sugar mill owned by the...

Federal Information for Minister, Fawad Chaudhry has claimed that the “PPP and...