International Migrants day is observed on December 18 every year after the united nation’s General Assembly proclaimed it on 4 December 2000, taking into account the large and increasing number of migrants in the world.

United Nations states that “Migration draws increasing attention in the world nowadays. Mixed with elements of unforeseeability, emergency, and complexity, the challenges and difficulties of international migration require enhanced cooperation and collective action among countries and regions. The United Nations is actively playing a catalyst role in this area, with the aim of creating more dialogues and interactions within countries and regions, as well as propelling experience exchange and collaboration opportunities.”

Migration draws increasing attention in the world nowadays. Mixed with elements of unforeseeability, emergency, and complexity, the challenges and difficulties of international migration require enhanced cooperation and collective action among countries and regions. The United Nations is actively playing a catalyst role in this area, with the aim of creating more dialogues and interactions within countries and regions, as well as propelling experience exchange and collaboration opportunities.

UN Secretary General Antonio Guterres said in his message on international Migrants day, “All migrants are entitled to equal protection of all their human rights. On this International Day, I urge leaders and people everywhere to bring the Global Compact to life, so that migration works for all.”

UNICEF – United Nations international Children’s emergency fund stated in its research published in 2016 that Pakistan host the highest concentration of refugees. Pakistan is home to at least 1.38 million registered Afghan refugees, according to the UNHCR. There are at least another million refugees estimated to be outside the formal refugee registration system.

Increase in number of rural to urban migration is a real threat, mega cities of Pakistan dealing with. Unplanned migration towards the big cities brings plenty of socio-economic and cultural issues.

Increase in Population due to migration

Pakistan’s urban population quadrupled between 1951 and 1981. By early 1994, about 32 percent of all Pakistanis lived in urban areas, and surprisingly with 13 percent of the total population living in three cities of over one million inhabitants each Lahore, Faisalabad, and Karachi. 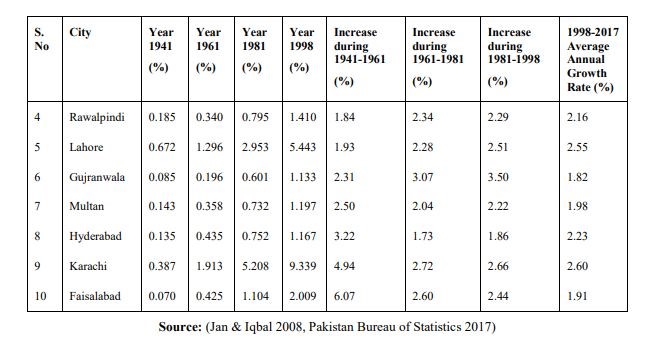 Whenever, a large family migrates into a mega city, entire family have to work to earn their basic livelihood as cities are always much expensive then villages. It took children of uprooted families on street for begging, or selling goods.

Street children most vulnerable in Pakistan

On the streets, children are more at risk than at home: they are persecuted by the police, exploited by their “employers” and disdained by society. In order to survive, these girls and boys are forced to collect rubbish, beg, prostitute themselves, deal drugs or steal.

It is highly believed that Street children are mostly at risk of being sexually abused and exploited. And the longer the children live on the streets, the more difficult it is to reintegrate them into society.

Karachi and Influx of migrants

Karachi is perfect case study for the impacts of unplanned migration, as this city shows rapid growth in population after independence in 1947, a huge number of migrants reached Karachi to make her permanent home.

This migration converted the city into a cosmopolitan city, where world wish to visit at least once.

The second phase of migration towards Karachi started in 1960’s when the city was witnessing industrial revolution. Number of unskilled labour migrated to Karachi in search of better jobs and opportunities, mostly from Khyber Pakhtunkhwa then NWFP.

Unfortunately, the administration (Provincial and local government) fails to manage resources for influx of population and the city becomes hub of socio economic, cultural and administrative crisis.

Prices for the land in the city hikes as fast as it never recorded before, which make it difficult for the citizens to buy their own property, this situation attracts investors from all over the country to invest into property business and situation become more complicated for the local residents of Karachi.

Influx of population also creates law and order situation in the city, as criminals element from every nook and corner of country attracts towards mega city, as the city has huge potential for them to hide themselves among its diverse population.

Karachi to produce electricity from its solid waste

Meanwhile the government fails to provide health care and education related facilities to all residents of Karachi. It increased malnutrition level, children and women mortality rate and position of Karachi in poverty index.

Water crisis is another severe issue Karachi is facing because it is hosting much larger number of people but limited water reservoirs. This create water scarcity in many areas.

It also creates several cultural related issues as a decade ago, no one heard about honour killing in Karachi, but after IDP’s from tribal areas settled in Karachi during Sawat operation, these sort of news becomes headlines.

Migrants from less privileged areas also creates opportunities crisis as they work on lesser pays and give tough time to local workers.

This is high time for government to create master plan for Karachi to minimize impacts of migration into Karachi.