Nation pays tribute to the martyrs of APS on 5th year

The 5th anniversary of screaming nightmare on Army Public School (APS) Peshawar that claimed the lives of over 140 people, mostly schoolchildren, is being observed across the country today (Monday).

Five years have been passed away but people are still mourning on this tragic incident which gripped our feelings leaving us with full of fear and sadness. 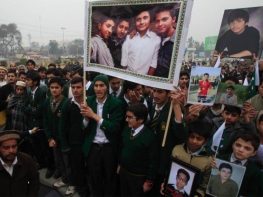 In the wake of the attack, military courts were set up for trying terrorists under amendments made to the Constitution and the Army Act. 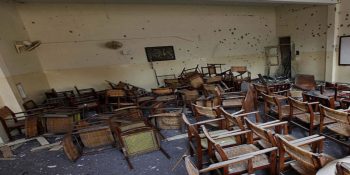 The city was living its worst nightmare, its worst tragedy.

While the city and the country won its battle against terrorism shortly after the APS attack, many are still reeling – mostly emotionally. 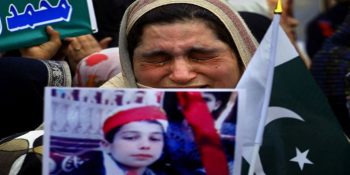 After this tragic incident, the government chalked out the National Action Plan (NAP) to eliminate terrorism from the country.

A number of activities and functions will be held across the country to remember the sacrifices of innocent children.

A special function has also been arranged in Army Public School Peshawar to pay homage to the martyred students and teachers of the school.

Prime Minister Imran Khan in a message on the fifth anniversary of the terrorist attack on Peshawar’s Army Public School reiterated the nation’s resolve towards national, regional and world peace.

In a message, the premier said education is the only weapon with which extremism and terrorism could be defeated permanently.

Special Assistant to the Prime Minister on National Health Services, Regulations, and...

Hyderabad and several parts of Sindh run out of vaccine supply

Several parts of the province, including Hyderabad, are facing a shortage of...

Earthquake shocks were felt in Islamabad on Thursday evening. According to the...

"Make no mistake, nor is democracy. Telling truth to power has...

The Ministry of National Health on Thursday positioned a set of procedures...