Pakistan to make legislation for the protection of the rights of the disable persons, announced on “the International Day of Persons with disabilities”.

According to the details, Speaker National Assembly Asad Qaiser has expressed the resolve to undertake legislation to protect rights of the disabled people here on Tuesday on the International Day of Persons with disabilities.

Addressing a ceremony in Islamabad, he said a special parliamentary committee with representation from the Upper and the Lower Houses will soon be constituted for this purpose.

The Speaker said ramps will be constructed in the Parliament House to make the building accessible for disabled people.

He said National Assembly’s website will be made readable for visually impaired people. He said efforts will be made to ensure job quota for special persons.

It is important to mention here that the United Nations estimates that there are more than 650 million persons in the world with disabilities.

Persons with Disabilities in Pakistan constituted 2.49 per cent of the overall population. Data reveals that 55.7 per cent of disabled people are found in Punjab, followed by 28.4 per cent in Sindh, 11.1 per cent in NWFP, 4.5 per cent in Baluchistan, and 0.3 per cent in Islamabad. 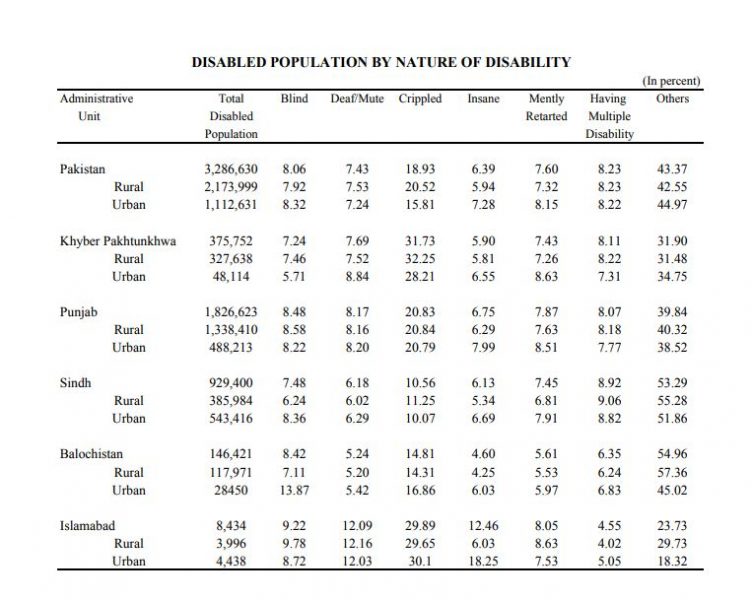 Most disabled people have a physical handicap; this is followed by hearing impairment. The number of males with disability is greater than females in both rural and urban areas.

Since 1992, the International Day of Persons with Disabilities (IDPD) has been annually observed on 3 December around the world. The theme for this 2019 IDPD is ‘Promoting the participation of persons with disabilities and their leadership: taking action on the 2030 Development Agenda’.

According to the sources, the Board of Secondary Education Karachi is probable...