The notorious Indian cyber terrorism has once again breached the security of federal institutions across the borders.

It was reported that, PEMRA, which is independent and constitutionally established federal institution responsible for regulating and issuing channel licenses for establishment of the mass media culture, print and electronic media, and its website was hacked by Indian hackers and made inaccessible for users in and outside the country. 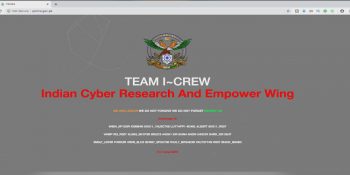 However, no official comment made or statement has issued by the authority. The website is under maintenance at the moment.

Soon it will be accessible to the users.

Social media is also flooded with the numerous tweets about the hacking of the website.

Is the pemra website hacked ? Just visited and this is what it says pic.twitter.com/i2UuKYiHj7

Twitteratis are demanding the concerned authorities in Pakistan to take the necessary action the security breach made by notorious Indian hackers.