Karachi to get its first ever ‘3D Park’

Karachiiets will get first ‘3D Park’ which will feature animals in 3D (three-dimensional) effects, in Lines Area, Karachi on 25th January.

According to the details, Basharat Park in Lines Area’s UC 10 is being converted into a 3D park which is located opposite the Saddar parking plaza.

The ‘3D Park’ will also have a food court, swings, fancy lights and colorful canopies for families.

Timings of the park are yet to be announced we will give you the update regarding this as soon as we will get to know.

The opening date of the park is 25th January 2020 and the tickets prices will soon be announced we’ll get to you after the announcement. Karachi is getting its first 3d park but in china people got prank with the 3D images.

A funny incident occurred in China when the real estate developer promised “park views” to home-buyers in central China’s Hunan province but what they get is a Plastic 3D lake.

The buyers were in for a shock to see Plastic Lake when they picked up the keys to their flats.

The plastic lake was built with a blue plastic material to look like a lake and a small timber bridge on the paving.

While giving a TV interview the owner of the house said “So I’m supposed to be standing in the middle of blue water, which in fact doesn’t exist. There is no rock or plants. 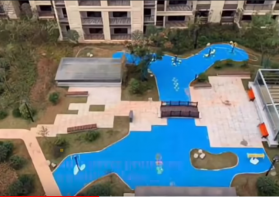 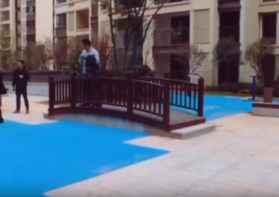 KARACHI: The post-clearance audit of Pakistan Customs has unearthed an under-invoicing and...

KARACHI: The import of motor cars has surged 167 per cent during...