Moscow to host US, China, Pakistan for Afghanistan talks next week

Prime Minister Imran Khan has welcomed the signing of Doha peace agreement between the United States and Taliban, terming it a step towards securing peace and reconciliation process in Afghanistan by ending decades long wars and miseries of Afghan people.

On his twitter account, the prime minister said here on Saturday, “We welcome the Doha Accord signed between US & the Taliban. This is the start of a peace & reconciliation process to end decades of war & suffering of the Afghan people. I have always maintained that a pol (political) solution, no matter how complex, is the only meaningful path to peace.”

Now all stakeholders have to ensure that spoilers are kept at bay. My prayers for peace for the Afghan people who have suffered 4 decades of bloodshed. Pakistan is committed to playing its role in ensuring the agreement holds & succeeds in bringing peace to Afghanistan.

On Saturday in Doha, the US and Taliban representatives signed a final peace agreement after months of prolonged negotiations in Qatar’s capital that envisages an end to the US longest war in Afghanistan since 2001 after the 9/11 and enabling it to withdraw its troops from Afghanistan gradually.

In his other tweet, the prime minister also urged the parties involved to ensure that spoilers should not frustrate these efforts.

“Now all stakeholders have to ensure that spoilers are kept at bay. My prayers for peace for the Afghan people who have suffered 4 (four) decades of bloodshed,” he added.

The prime minister also reiterated that Pakistan was committed to playing its role in ensuring the agreement to hold and succeed in bringing peace to Afghanistan.

Earlier today, United States of America and the Afghan Taliban signed the peace deal in Qatar – the capital city of Doha after a long spell of negotiations. 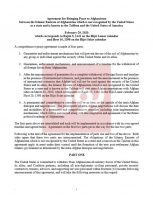 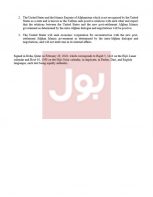 KARACHI: As October is observed as world Breast Cancer Awareness Month across...

ISLAMABAD: Pakistan has strongly condemned the deadly terrorist attack at a mosque...