Federal government has issued the directives to allow international flights from April 05 at eight international airports across the country for those Pakistanis who stranded in abroad. 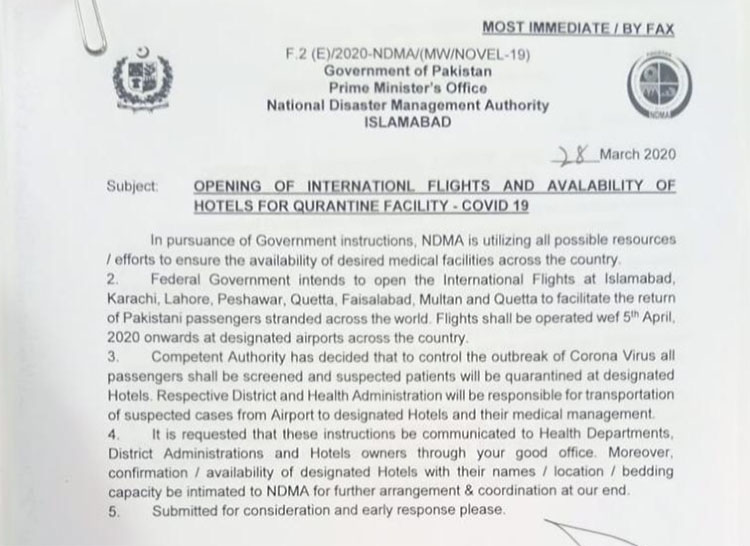 It is also decided to screen all passengers arriving the country and putting all suspected patients at the designated hotels turned into quarantine facilities.

The letter said that respective district and health administrations will be responsible for transportation of suspected cases to designated hotels and medical facilities provided to them.

The letter also urged the concerned provincial and Islamabad officials to make arrangements of all facilities and convey the list of designated hotels and their capacity to the NDMA.

Earlier on 21 march Pakistan announced to suspend all the international flight operations.

Special Assistant to the Prime Minister (SAPM) on National Security Division and Strategic Policy Planning Dr Moeed Yusuf said during the press conference that only few international flights of PIA will be allowed to return.

Dr Moeed said international flights have been suspended and the decision will be implemented from Saturday night, 8pm.

He said the ban on international flights is temporary and it does not include cargo and diplomats in Pakistan.