The press release reads, “On confirmed intelligence about presence of Terrorists in a hideout near Datta Khel, North Waziristan District, Security Forces conducted an IBO in Mama Ziarat, 7 km southwest of Dattakhel.”

“As soon as troops cordoned the area, terrorists opened fire to flee from the hideout. During operation, 7 terrorists killed. In intense exchange of fire, 4 security forces personnel embraced martyrdom including an officer, while 1 soldier got injured. A large cache of arms, ammunition & IEDs recovered from hideout during clearance.” 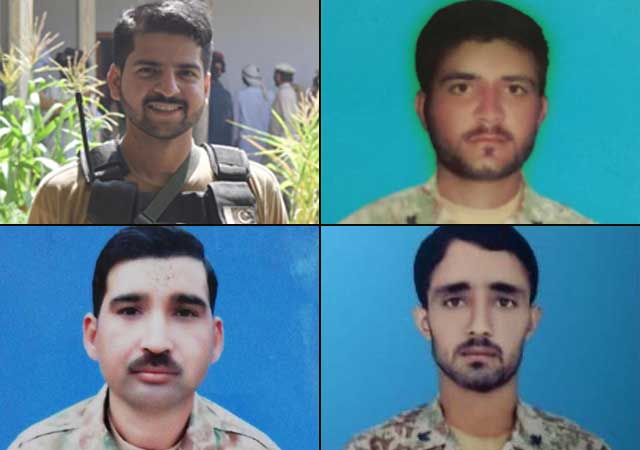 Details of Martyrs are:-

Officers like Col Mujib ur Rehman are nation’s pride: FM

Col Mujib Ur Rahman is the latest addition in Pakistan Army’s illustrious list of martyrs who have laid their precious lives in the line of duty.

Huge cache of weapons, communication equipment recovered during the operation, reads a statement by ISPR.

Special Assistant to the Prime Minister on National Health Services, Regulations, and...

Hyderabad and several parts of Sindh run out of vaccine supply

Several parts of the province, including Hyderabad, are facing a shortage of...

Earthquake shocks were felt in Islamabad on Thursday evening. According to the...

"Make no mistake, nor is democracy. Telling truth to power has...

The Ministry of National Health on Thursday positioned a set of procedures...