10:02 am: 4 terrorists arrived at the stock exchange building.

10:10 am: Terrorists were shot down by Pakistan police, rangers, and guards.

After the attackers were killed, it took only 20 to 25 minutes to restore the building, told DG Rangers.

The attack started after the Baloch militants threw a grenade and began firing outside the stock exchange security post. The armed terrorists arrived in a silver Corolla and were stopped outside the gate by police where they first started firing. In an amateur video taken by an eyewitness, the terrorists were seen shouldering backpacks and holding automatic weapons. The recovered supplies, guns, and ammunition showed they had come prepared for a long siege. 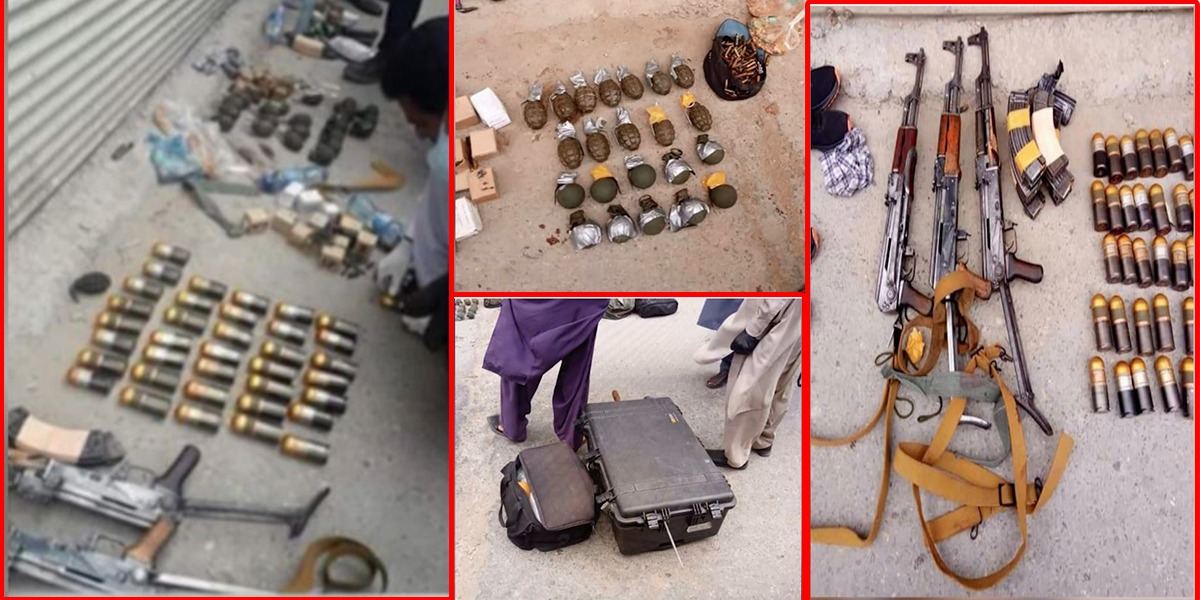 Two of the terrorists were killed instantly at the entrance. During the exchange of firing, A police officer got martyred. The other two terrorists moved forward towards the exchange entrance but were shot dead before they could get successful in their plan.

According to the DG Rangers, the terrorists had planned a long siege, which included bloodshed and people being held hostage inside the building. All the attackers had AK47s, hand grenades, and food. 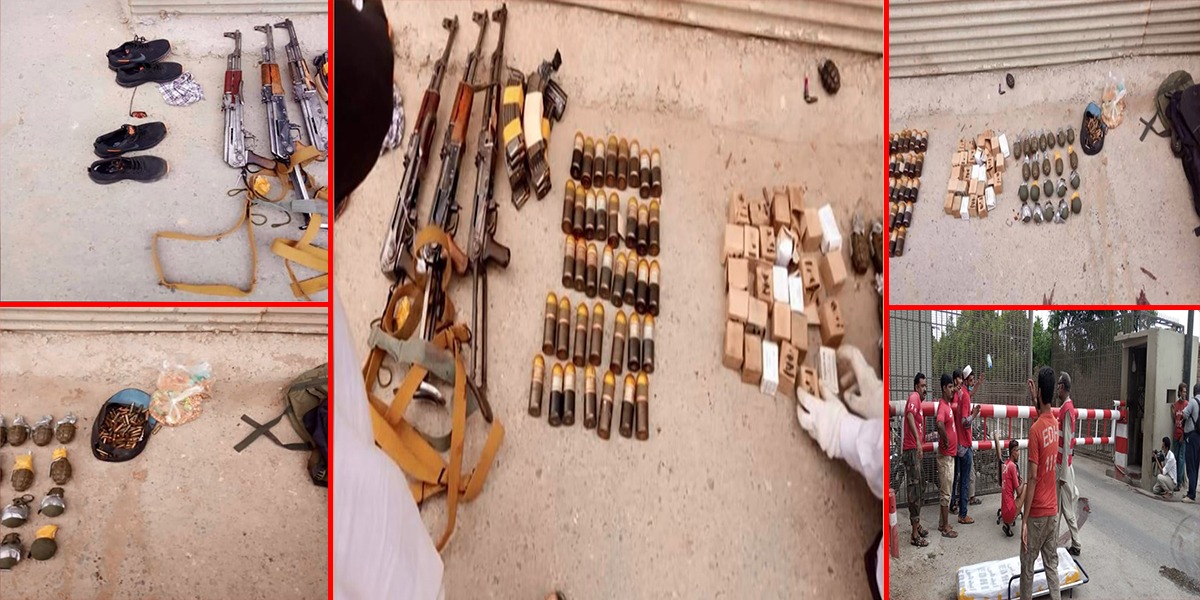 Apart from the martyrs, SP City Muqadas said seven people were injured during the attack and are transferred to Karachi Civil Hospital. He added a policeman who had been wounded in the incident is also treated at the hospital.

HEROS OF THE DAY:

Deputy Constable Muhammad Rafiq & Constable Khalil played a pivotal role in stopping terrorists trying to storm the building in the Karachi commercial hub of the country.

Constable Muhammad Rafiq was deputed at the PSX gates when gunmen attempted to storm the building in the heart of the # Karachi financial hub in the region. He explains how the situation unfolded.

The Baloch Liberation Army (BLA) has claimed full responsibility for the attack.

The BLA is an ethnonationalist militant organization operating mainly in the Balochistan province and the bordering areas of Afghanistan. The group seeks mainly independence from Pakistan and wants to establish a separate ‘Greater Balochistan’ state as they believe that the Pakistani state has extracted wealth without sharing any of the gains with the Baloch local tribes. The BLA officially launched its operations in 2000 and carried out numerous lethal attacks in Pakistan.

On November 23, 2018, the Balochistan Liberation Army (BLA) launched an armed attack in Karachi, Pakistan ‘s commercial capital, targeted the Chinese consulate and killed two Pakistani security officers, came at a time when the Chinese and Pakistani governments were at the height of diplomatic bonhomie.

A $56 billion China China Economic Corridor ( CPEC) initiative, a road network that aims to pass through Balochistan and link China’s Xinjiang province to Pakistan’s Gwadar port, turned out to be the main reason behind the attack.

“The objective of this attack is clear: we will not tolerate any Chinese military expansionist endeavors on Baloch soil.”

BLA has always been accused of being an agent of RAW, an international intelligence agency in India. It is believed that RAW sponsors the arms and ammunition to the Baloch militants.

The Indian naval officer turned RAW agent Kulbhushan Jadhav was detained in Pakistan’s Balochistan in March 2016 – an area in which Islamabad has long accused New Delhi of helping separatist rebels. He was accused of plotting treason and sabotage, and a military court sentenced him to death. 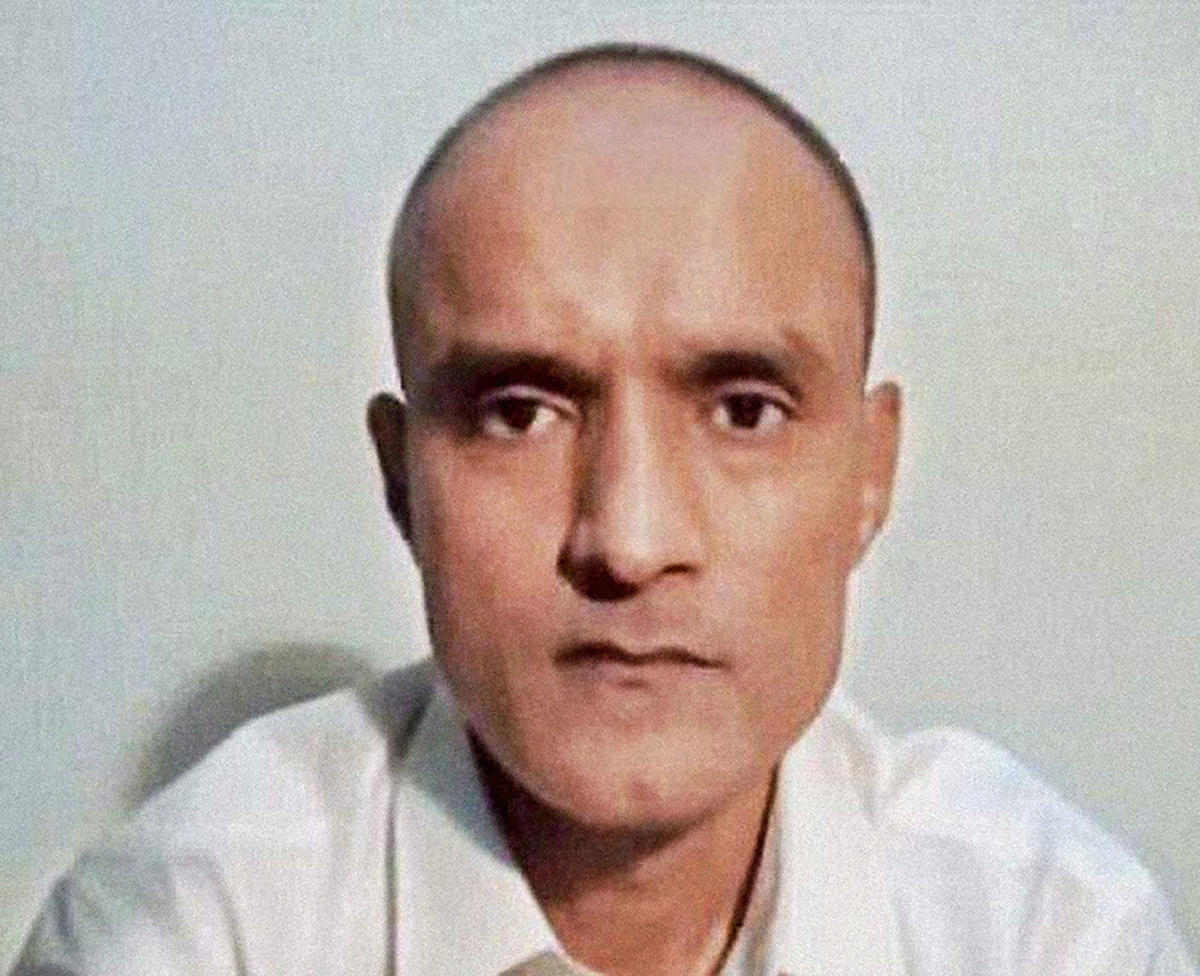 “The aim was to have RAW operatives on the field so that they could facilitate and help the Baloch sub nationals in carrying out precision targets to be carried out. Precision, I would say sort of a military sort of a connection to the entire Operation.”

He told that RAW was providing ammunition to Baloch militants,

“The idea was to see to it that the sub nationals within this region were facilitated and supported financially and with arms and Ammunition weapons and some kind of maybe a man and material movement also across the coast.”

Strongly condemn the attack on PSX aimed at tarnishing our relentless war on terror. Have instructed the IG & security agencies to ensure that the perpetrators are caught alive & their handlers are accorded exemplary punishments. We shall protect Sindh at all costs.

The cowardly attack on #KarachiStockExcahnge was thwarted by the brave & timely action by Sindh Police. All Pakistanis are grateful to Sindh police for not only saving so many live but successfully defending the nerve centre of Pakistan’s economy.