Major Tufail Muhammad Shaheed, the one who set an example of bravery

Due to his contribution to the country, he was awarded Nishan-e-Haider, Pakistan’s highest military award for his courage and bravery. He was the second military officer in the Pakistani military to receive Nishan-e-0Haider.

Major Tufail Muhammad Shaheed was born in Hoshiarpur city of eastern Punjab, on 22nd July in 1914. 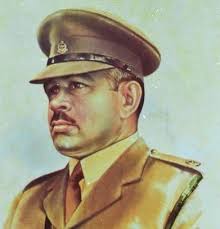 He was one of the popular heroes of Pakistan who devoted their lives to protect the country from evil eyes.

He was commissioned in 16th Punjab Regiment during 1943.

The Indian forces had occupied the Lakshmipur area in East-Pakistan in August 1958. Major Tufail Muhammad was assigned the task to recapture the occupied area.

He set an example of leadership and courage as he launched an attack on Indian infiltrated troops in the line of his duty.

He experienced harsh resistance from the enemy. However, he continued his mission and embraced martyrdom the same day. He was seriously injured, but he kept leading his forces during the intense battle.

Fortunately, Enemy troops were successfully evicted and the area was recaptured. Indians were driven out, leaving four dead and three prisoners. However, he embraced martyrdom on the same day i.e, 7th August 1958.