Maryam Nawaz Punched in the crowd

Maryam Nawaz Punched in the crowd

Pakistan Muslim League Nawaz (PML-N) Vice President Maryam Nawaz punched by her security guard in the crowd while she was heading back from Islamabad High Court. 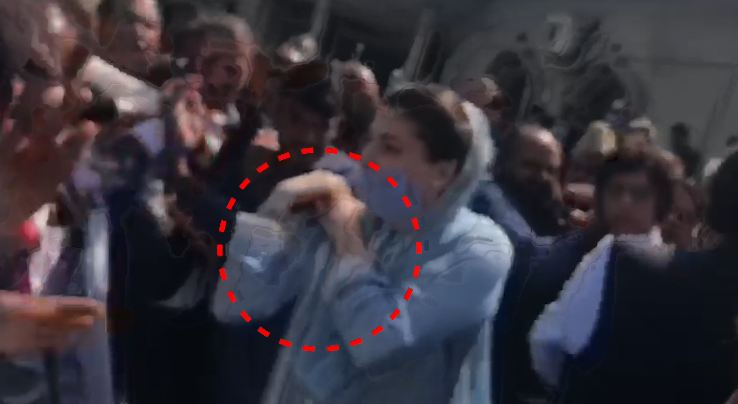 Reportedly her right shoulder was injured. She expressed her anger and scolded her security staff, however, her husband Captain (R) Safdar lead the way to avoid any inconvenience.

Islamabad High Court on Wednesday conducted a hearing on appeals filed by former prime minister Nawaz Sharif, his daughter Maryam Nawaz and his son-in-law captain Muhammad Safdar against their conviction in the Avenfield reference.

Earlier, in July 2018, PML-N supremo Nawaz Sharif had been sentenced to a total of 11 years in prison and slapped with an £8 million fine (Rs1.3 billion) in the Avenfield properties reference while Maryam was sentenced to eight years with a £2 million fine (Rs335 million).

The Avenfield properties reference was one of three filed by the National Accountability Bureau (NAB) the preceding year in light of the Supreme Court’s verdict against Nawaz in the Panama Papers case. The reference pertained to the ownership of the Sharif family’s apartments at Avenfield House, London.

A year after Naya Rivera was laid to rest, American actor Ryan...

A man was shot dead in a clash between two political parties...

The former lewd star Mia Khalifa has parted ways with her husband...