According to the Inter-Services Public Relations (ISPR), matters of professional interest came under discussion upon Admiral Niazi’s arrival.

Army Chief felicitated Admiral Niazi on taking charge as the 22nd Chief of Naval Staff (CNS) and expressed the hope that Pakistan Navy will scale new heights of success under his leadership.

On arrival at GHQ, Naval Chief laid floral wreath at Yadgar-e-Shuhada and offered fateha prayers for martyrs of Pakistan.

Later, he visited the Joint Chief of Staff Headquarters where he met with Chairman Joint Chiefs of Staff Committee General Nadeem Raza.

During the meeting, Arif Alvi said that the Pakistan Navy has a key role to play in defending Pakistan’s maritime borders.

Muhammad Amjad Khan Niazi had joined the Pakistan Navy in 1983. The Sword of Honor recipient, the Admiral has a distinguished career with various Command and Staff appointments’ experience.

Moreover, he is a recipient of Hilal-i-Imtiaz (Military) and Sitara-i-Basalat.

During the ceremony, outgoing CNS Admiral Zafar Mahmood Abbasi formally handed over the command of Pakistan Navy by presenting the traditional scroll to Amjad Niazi. 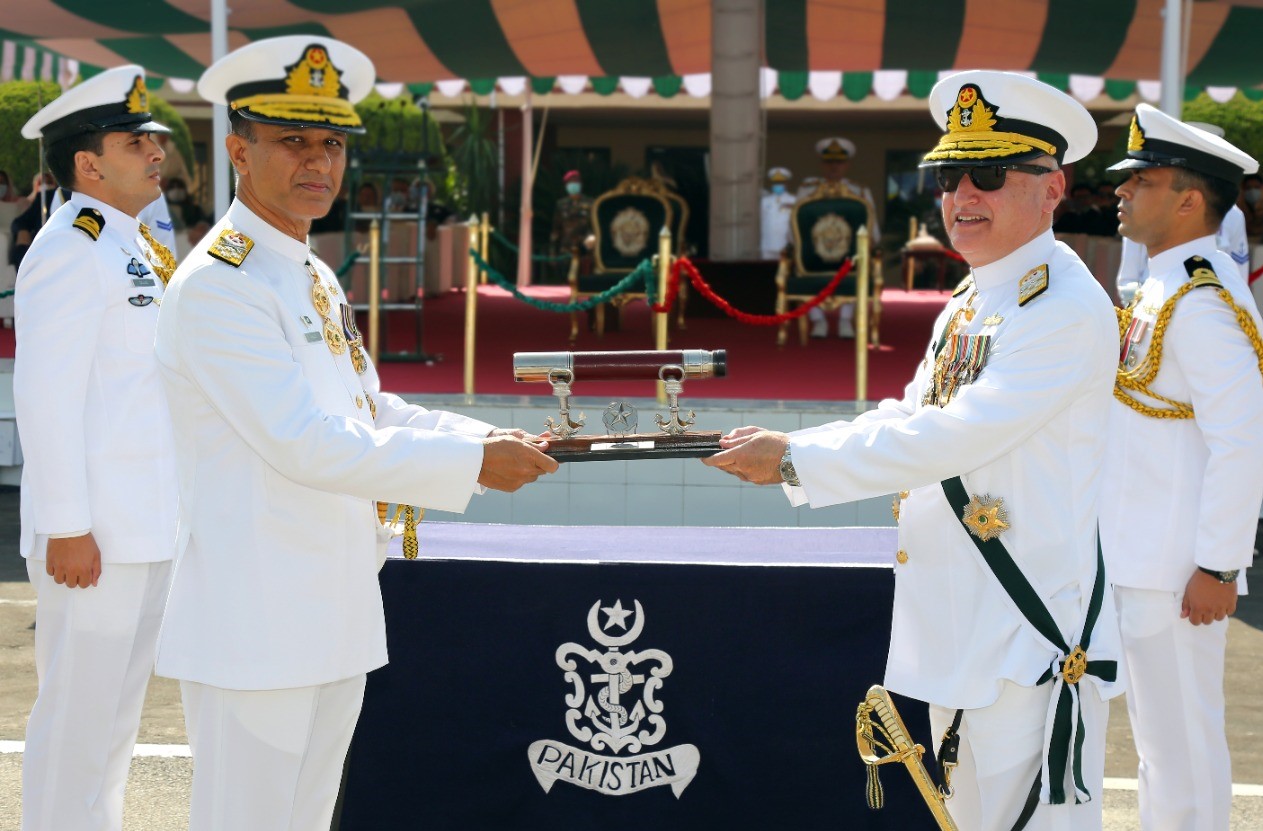 Admiral Amjad Khan Niazi has taken charge as the new Chief of the...

At least six people have wounded in a bomb explosion on a...

The Government Sindh has announced to probe the matter of Pakistan Muslim...

How to check your bills online?

Various procedures these days have become digitalized in Pakistan. You can check...

At least six people have wounded in a bomb explosion on a...