Fatwa issued against PUBG in Pakistan

A fatwa has been issued against the world-famous online game PUBG.

According to details, the fatwa against PUBG Game was issued in response to a question from the Darul Iftaa of Jamia tul-Uloom-ul-Islamia (Banuri Town).

Dar-ul-Iftaa was asked, “Does anyone who plays a PUBG game fall out of the realm of Islam?” 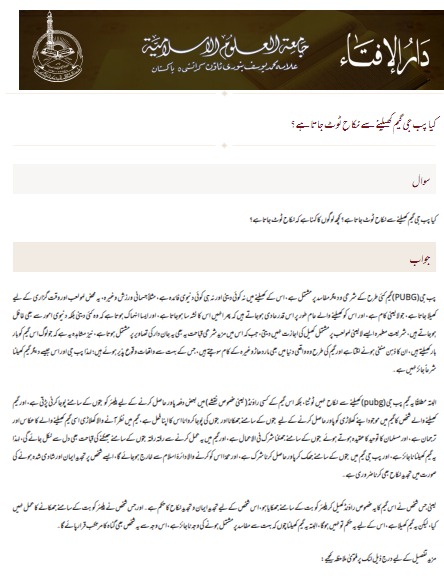 In response to which it was said that it is unlawful to play this game and the person playing it will be excluded from the realm of Islam.

The details of the fatwa are as follows:

In the PUBG game, sometimes the game’s player has to worship in front of idols to gain power, and the person playing the game has to bow down. 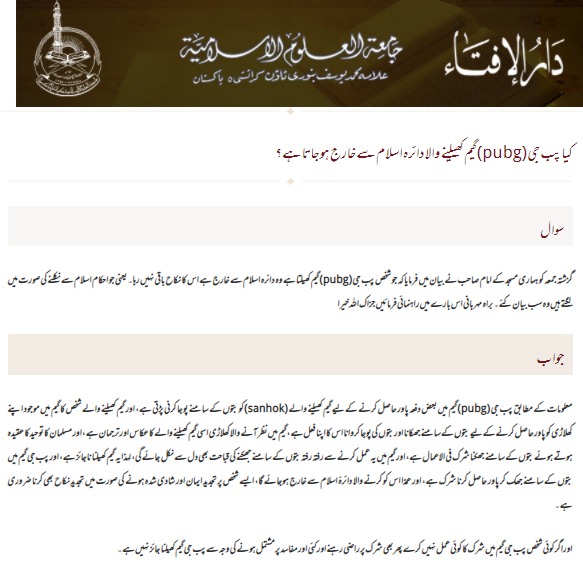 It is shirk for a Muslim to bow down to idols while believing in Tawheed (Oneness of Allah), and doing so in a game will gradually get rid of the abomination of bowing down to idols, so it is not permissible to play this game acquiring power is shirk and the one who does it intentionally will be excluded from the realm of Islam.

And even if a person does not commit any act of shirk in PUBG, it is still not permissible to play a game because he agrees to the shirk consisted game.