According to details, Foreign Office spokesman Zahid Hafeez Chaudhry said in a statement that the statement made by the Indian Foreign Ministry on Gilgit-Baltistan was irresponsible.

The Foreign Office spokesperson said that India has no right to intervene legally, morally or historically in this matter.

Zahid Hafeez Chaudhry also said that India has been illegally occupying Jammu and Kashmir for more than 73 years while false and fabricated Indian claims cannot change the facts.

The Foreign Office spokesman said that Pakistan stood by its position on Kashmir in accordance with UN Security Council resolutions.

Zahid Hafeez Chaudhry also said that the only solution to the Kashmir issue was in the exercise of the free and fair referendum and Kashmiris’ right to self-determination under the auspices of the United Nations.

Foreign Office spokesman Zahid Hafeez Chaudhry further said that administrative, political and economic reforms are a long-standing demand of the people of Gilgit-Baltistan while India should immediately end its illegal and forcible occupation of occupied Kashmir. 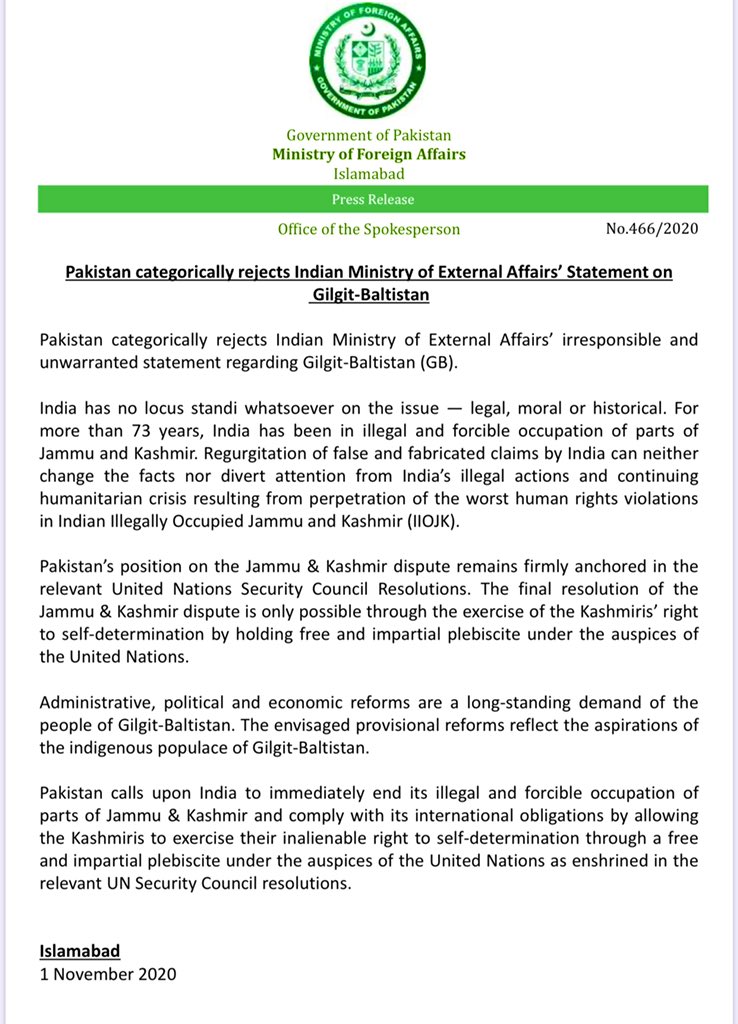