Where is the no-mask penalty money going?

AJK Elections 2021: Who Was Named Favourite Leader By Kashmiri People?

Where is the no-mask penalty money going?

Those not wearing masks in public places in Karachi will be fined 500 rupees. This penalty was imposed by Iftikhar Shallwani, commissioner of Karachi. Along with his own duties as Karachi administrator he has the additional charge of being Karachi commissioner.

People have raised several questions pertaining to where the money is going, and under what law the penalty is being imposed. 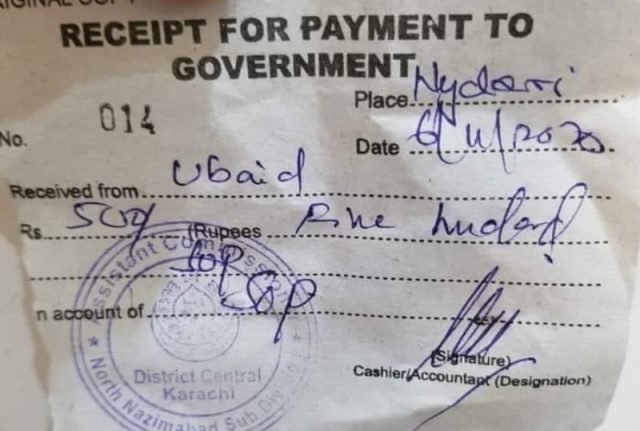 South Assistant Commissioner, Sarah Jawaid explained the situation. She said Karachi is a metropolitan city, which is why the fine has been imposed on people not wearing masks in public places.

“The Sindh government and district administrations are following the policies of the National Command and Operation Centre on COVID-19 SOPs,” she said.

She said that the money collected is being deposited with the Sindh government’s Board of Revenue. The penalty amount is submitted to any branch of the National Bank of Pakistan in the BoR’s Treasury Account.

The data of the number of fines handed out is submitted to the deputy commissioner’s office every day. This is then forwarded to the Karachi Commissioner Office and after compilation it is sent to National Command and Operation Centre.

South deputy commissioner office spokesperson said the money collected as penalty is going to be used by the government as financial assistance for underprivileged families, holding government events and salaries to contract employees.

Karachi: Those found without masks will be liable to a fine of Rs500