The first flight of British-carrier, Virgin Atlantic after getting a green signal for operations in Pakistan, landed in Islamabad on Friday.

According to the details, the first flight of Virgin Airlines arrived in Islamabad with 208 passengers from Manchester. 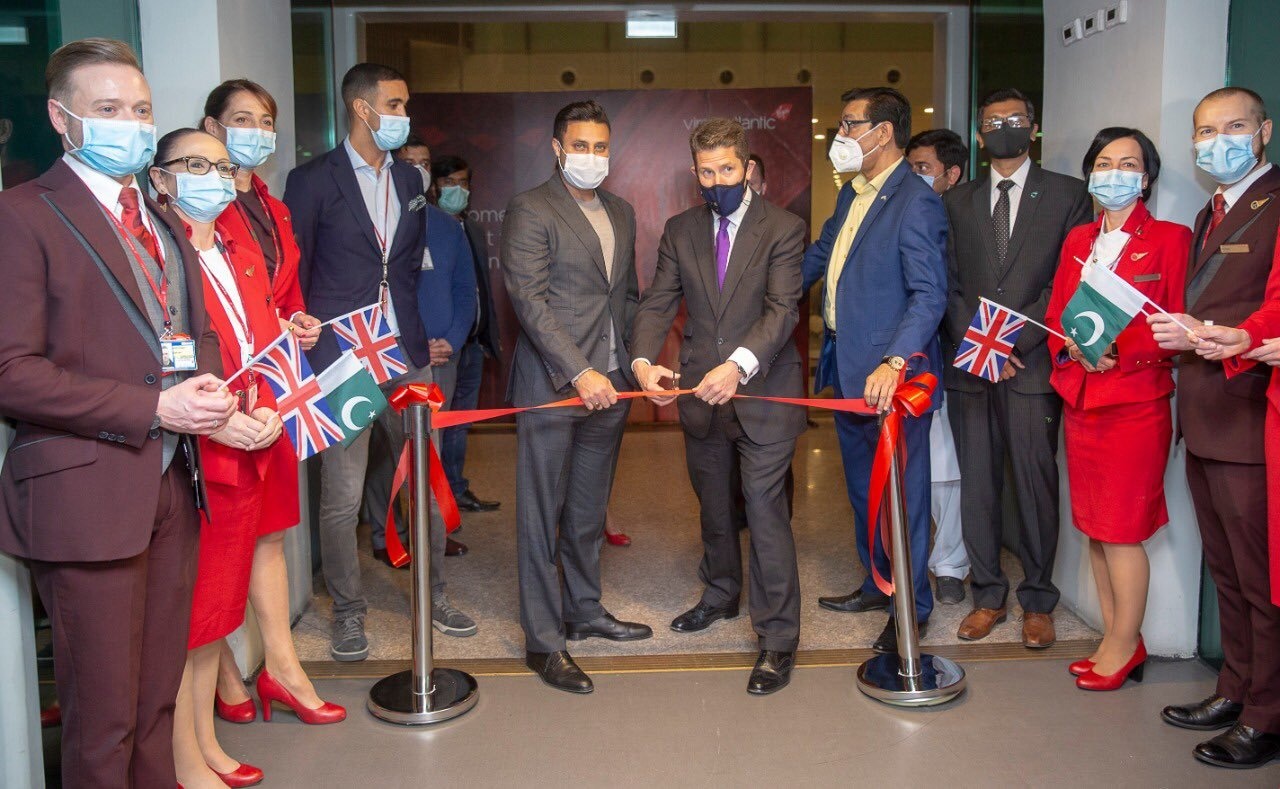 Speaking on the occasion, Zulfi Bukhari said that the revival of international airlines will increase tourism, including trade.

With a hashtag of UKPakDosti British High Commissioner Christian Turner said “Bauhat Mubarak! With @sayedzbukhari at touch-down of the first @VirginAtlantic flight. From 0 flights to 20 a week is a sign of confidence in Pakistan.

Bauhat Mubarak 🇵🇰 ! With @sayedzbukhari at touch-down of the first @VirginAtlantic flight. From 0 🇬🇧 flights to 20 a week is a sign of confidence in Pakistan #UKPakDosti pic.twitter.com/fS9hfOHINM

Earlier, the airline had announced that it would be operating flights between Pakistan and London in December. The airline had started the booking of seats in September.

We’re thrilled to announce that from December, we’ll be flying direct to Pakistan. We’ll have flights from @HeathrowAirport to both Lahore and Islamabad, plus direct services from @manairport to Islamabad. Flights go on sale in September, and we can’t wait to welcome you. pic.twitter.com/61FS9dkaFb

The announcement by the Virgin Atlantic came after global curbs were imposed to tackle coronavirus that had disturbed air travel, causing a financial setback to many airlines around the world.

Earlier after decade, the British Airways’ first flight on August 14, flew from Islamabad to London.

It should be mentioned here that direct flights of British Airways were resumed in June 2019, after 10 years of break.

Interior Minister Sheikh Rasheed has on Friday said that the Broadsheet LLC...

Sindh Education Minister Saeed Ghani has chaired a meeting of the steering...

On Friday (today), the Indian Army troops resorted to unprovoked ceasefire violation along...

Pakistan has strongly condemned the horrifying twin blasts at a Baghdad market...

Sheikh Rashid made no bones about PM completing 5 year term

Federal Minister for Railways Sheikh Rashid Ahmed on Friday said that the...

The most charming couple Naimal Khawar and Hamza Ali Abbasi were blessed...