AJK Elections 2021: Who Was Named Favourite Leader By Kashmiri People?

ISPR said that the matters of mutual interest, overall regional situation including Afghan Peace Process and bilateral cooperation in various fields were discussed.

According to the Miliatry’s media wing, the attendees reiterated the desire to further enhance bilateral relations including efforts for peace and security in the region. 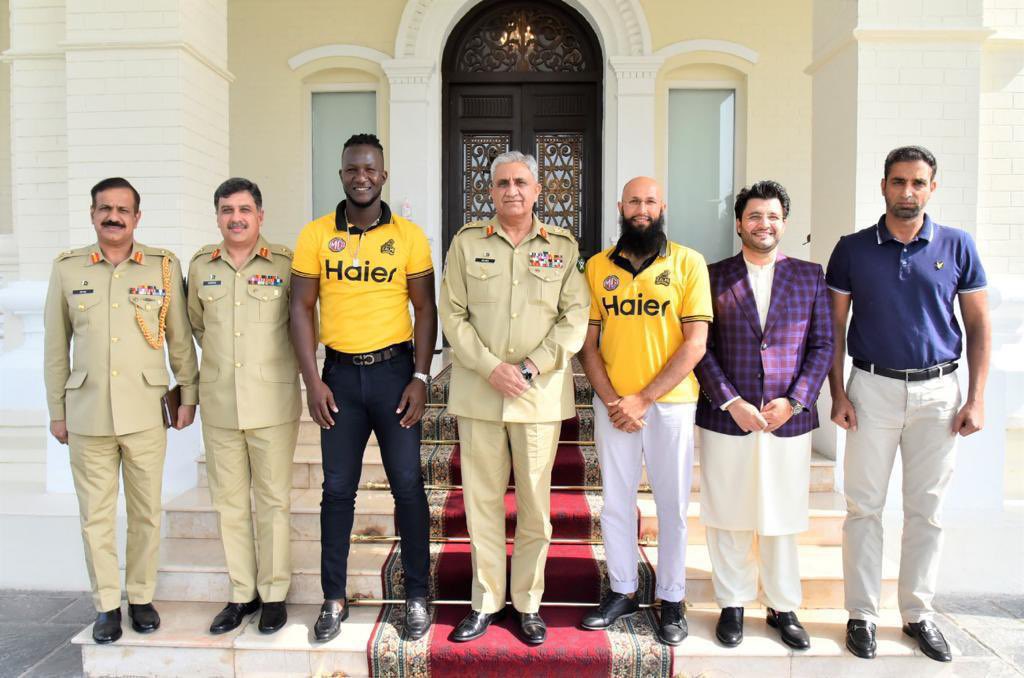 COAS appreciated the dignitaries for their contributions for bringing international cricket to Pakistan and being the ambassadors of peace. COAS congratulated the cricketers on success and growth of Pakistan Super League (PSL) and expressed hope that it recommences early for much awaited jubilation of entire country.

ISPR said that the visiting dignitaries also shared experience of their visits to different parts of Pakistan and seeing Pakistan as a beautiful and peaceful country.