As per the details, official notification has been issued in this regard. The notification mentions that Dr. Banuri has been removed before the expiry of his term. 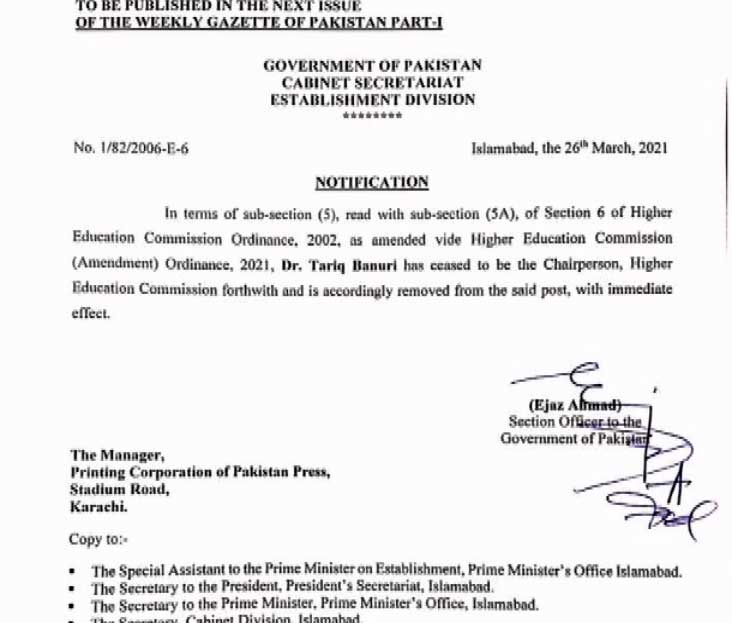 It is pertinent to mention that Banuri was appointed at the designation during the tenure of former prime minister Shahid Khaqan Abbasi in May 2018. He was supposed to complete his term in May 2022.

However, the tenure has been decreased to two years according to a new presidential ordinance.

New Prime Minister of Azad Kashmir to be elected today

After The Good Fight garnered anger from Selena Gomez's fans for mocking...