Pakistan Peoples Party leader and former prime minister Yousaf Raza Gillani has been appointed Leader of the Opposition in the Senate.

According to the details, the notification regarding Yousaf Raza Gillani was issued by the Senate Secretariat.

The PPP had submitted the petition to the chairman of the senate with the signatures of 30 members.

The notification issued by the Senate Secretariat read, “In pursuance of Rule 16 (3) of the Rules of Procedure and Conduct of Business in the Senate 2012, the Chairman Senate has been pleased to declare Senator Syed Yousaf Raza Gillani, as Leader of the Opposition in the Senate, with effect from 26th March, 2021.”

As per the Senate rules, the Chairman declares a member as Leader of the Opposition having the support of the majority of the members in opposition within 15 days of the election of chairman and deputy chairman. 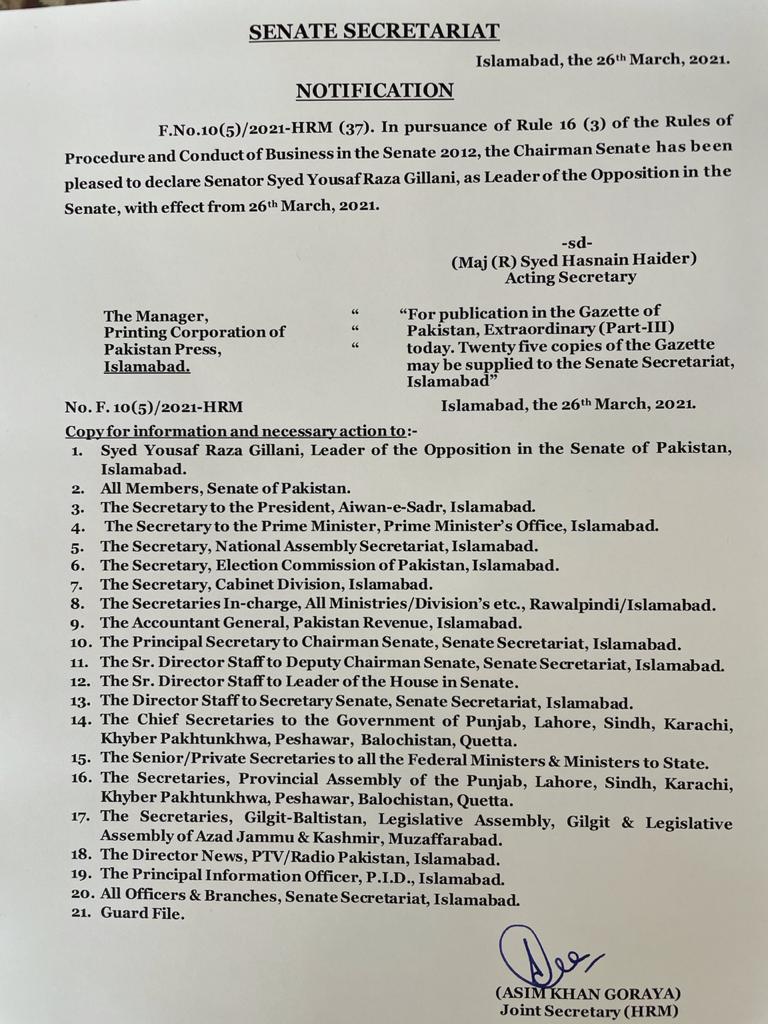