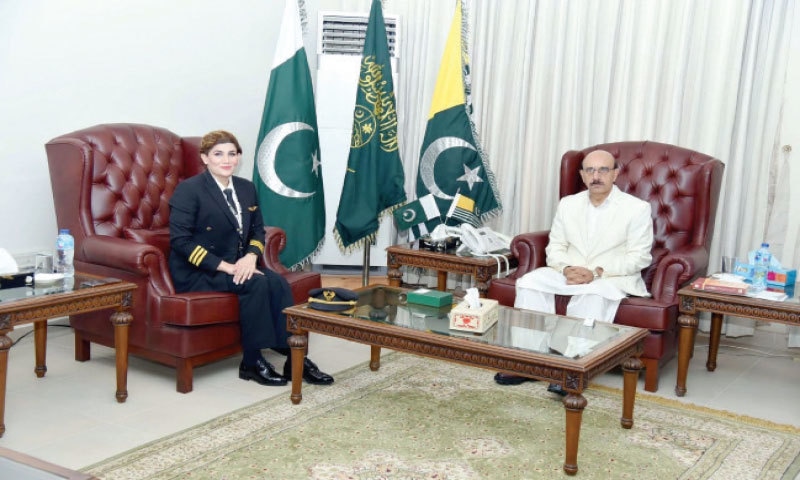 President Dr Arif Alvi congratulated the female pilot and called her at the Aiwan-e-Sadr along with her spouse Mujtaba Rathore Aga, deputy superintendent of the AJK police.

Who Is Maryam Mujtaba?

She has also been designated by the Special Communications Organization (SCO) as its brand ambassador.

The AJK president said her success would encourage many more Kashmiri women to seek employment in this field.

“You have inspired and encouraged a number of women in the liberated territory to consider aviation as a promising career,” he said.

He said, “In spite of the prevailing crisis in the wake of the Covid-19 pandemic, the aviation industry was bound to rise again and provide a livelihood to tens of hundreds of skilled persons, including women.”

Ms Mujtaba told the president that flying was her dream since childhood and “PIA had given her wings to translate it into reality.”

Earlier in 2015, Pakistan had lost the first female Air Force pilot Marium Mukhtiar who embraced martyrdom during a training mission.

As result, an ill-fated accident took place in Kundian and left her martyred.

Who Was Marium Mukhtiar?

Marium, after receiving her initial education from Karachi, graduated as a fighter pilot in the Pakistan Air Force (PAF) in 2007.

Marium Mukhtiar graduated as a fighter pilot in the Pakistan Air Force in 2014, along with six other women in the 132 GD(P) course.

Before joining PAF, she was enrolled in Electrical Engineering at NED University.