The Federal government has on Wednesday (today) announced to lower sales tax on petroleum products.

However, the notification mentioned that the sales tax would be charged at 17% on petrol, and high-speed diesel, and there would be no changes in it. 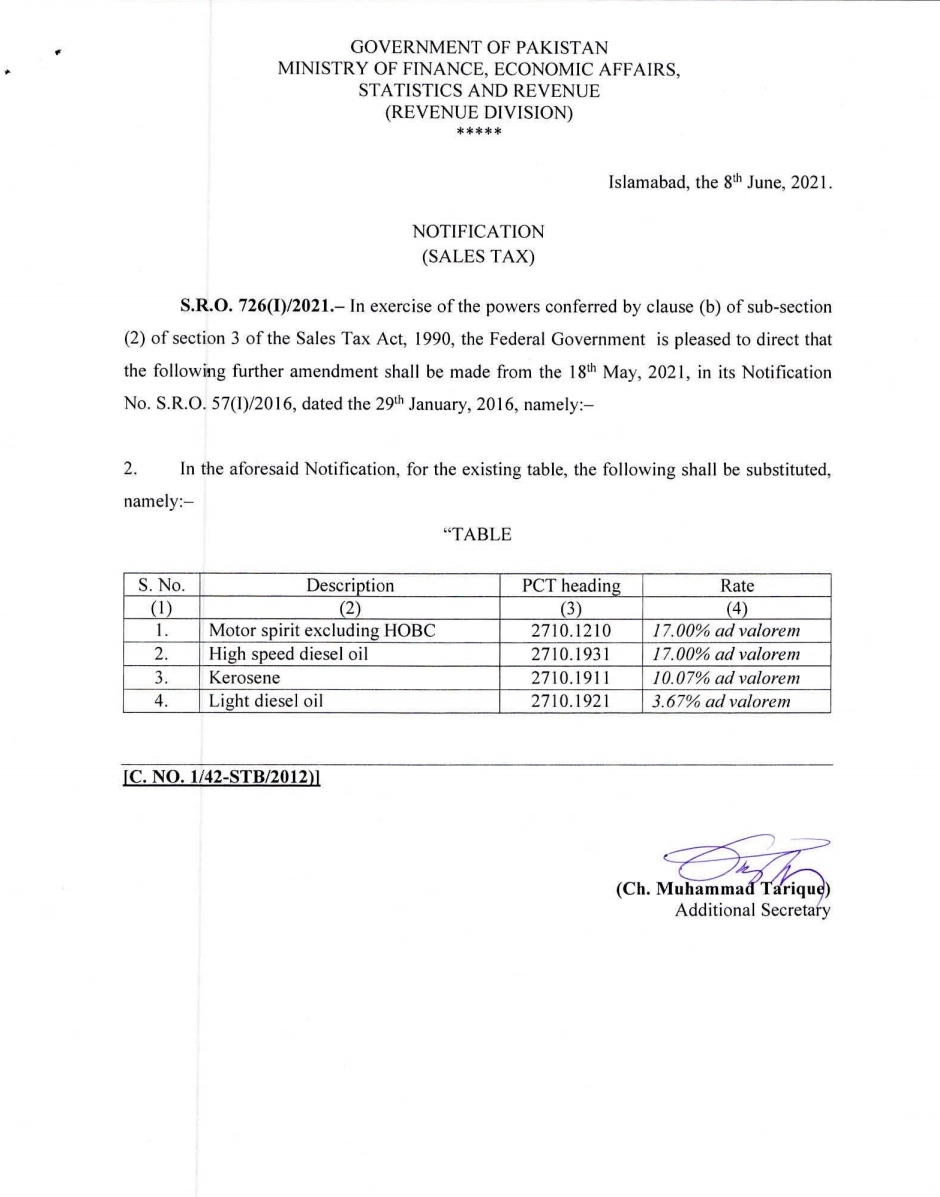 Prime Minister Imran Khan on May 31 turned down a proposal by the Oil and Gas Regulatory Authority (OGRA) for a rise in prices of petroleum products for the next 15 days.

Earlier, the Oil and Gas Regulatory Authority (OGRA) had increased the price of LPG.

According to the notification, the price of LPG has been increased by Rs 8.4 per kg.

The notification further said that the new LPG prices would be applicable for June 2021.

The price of petroleum products is likely to increase as the Oil...