Transport Canada has released an official safety audit for Pakistan International Airlines (PIA) and has lauded the national carrier over its operational services up to international standards.

According to the details, the Canadian Transport Authority hoped that PIA would maintain the efficiency of flight operations.

In the PIA Security Extension Report, the operational services of Pakistan International Airlines have been declared successful in the world.

Canada Transport has prepared an audit report under the FACO and has released the audit report from August 24 to September 24, 2020.

The report states that Pakistan International Airlines has been successful in flight and airworthiness operations.

Pakistan International Airlines has enhanced flight safety performance, it is hoped that PIA will maintain the efficiency of flight operations, performance can be further improved under the long-term program, it added.

Chief Executive Officer (CEO) PIA Arshad Malik said that the audit report proved that Pakistan International Airlines is meeting the international standards and termed it as the success of the team. He further maintained that PIA is taking steps for more improvement. 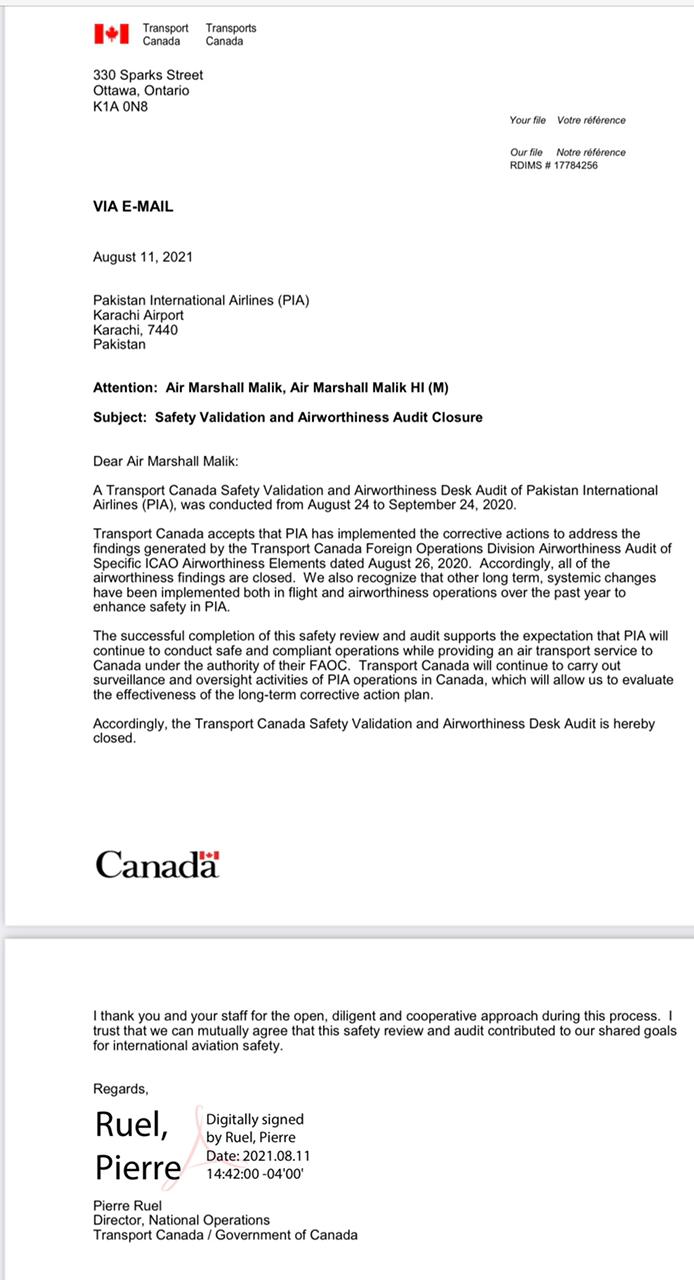 PIA’s spokesman in a statement asked the passengers with their seats already booked or those intending to fly to Saudi Arabia to approach its nearest office or contact the call centres via 111 786 786.

Those intending to fly to Saudi Arabia should ensure their corona PCR test is conducted only at facilities approved by the Saudi government, the spokesman said.

Pakistan International Airlines (PIA) has on Sunday announced to resume its regular...