A protest was held outside a luxurious hotel in London during the Nikkah ceremony of PML-N leader Maryam Nawaz’s son Junaid Safdar on Sunday.

On the occasion, the protesters carried placards of former premier Nawaz Sharif and chanted slogans against him. They also recorded a unique style demonstration by playing the drums at the Nikkah event of Junaid Safdar. 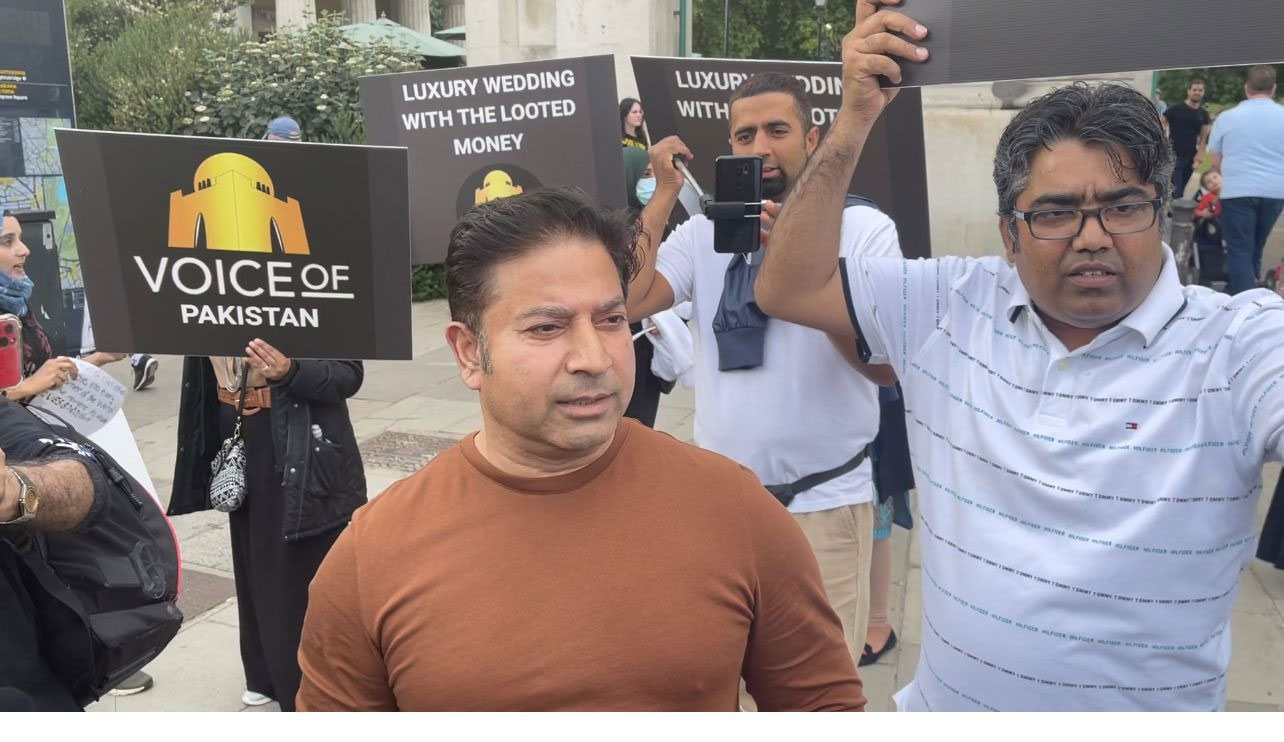 The protesters demanded the return of the former prime minister Nawaz Sharif to Pakistan.

Salute to workers of PMLN who stop the Storm rudeness on a personal event of Sharif family. #جیسا_منہ_ویسی_چپیڑ pic.twitter.com/uuzKSMo8YJ

The nikah ceremony of the grandson of former Prime Minister Nawaz Sharif, Junaid Safdar and Ayesha Saif daughter of former NAB chairman Saifu ur Rehman was solemnified on Sunday.

The function took place at the Lanesborough Hotel in London, attended by the bride and groom’s close friends.

Maryam Nawaz’s son Junaid Safdar, got married in a private ceremony at...

LAHORE: At least six bankers on Saturday have recorded their statements in...