Amid tears and tributes, Umer Sharif laid to rest in Karachi

Amid tears and tributes, Umer Sharif laid to rest in Karachi

KARACHI: The legendary comedian Umer Sharif, who died on October 2 in Germany, was laid to rest at a cemetery adjacent to the Abdullah Shah Ghazi shrine on Wednesday.

Hundreds made their way to Karachi’s Umer Sharif Park today to attend the funeral prayers of Sharif. A large number of people, including friends, relatives and colleagues of Sharif attended the funeral.

The late artist’s remains were brought to Pakistan via Istanbul from Germany this morning. 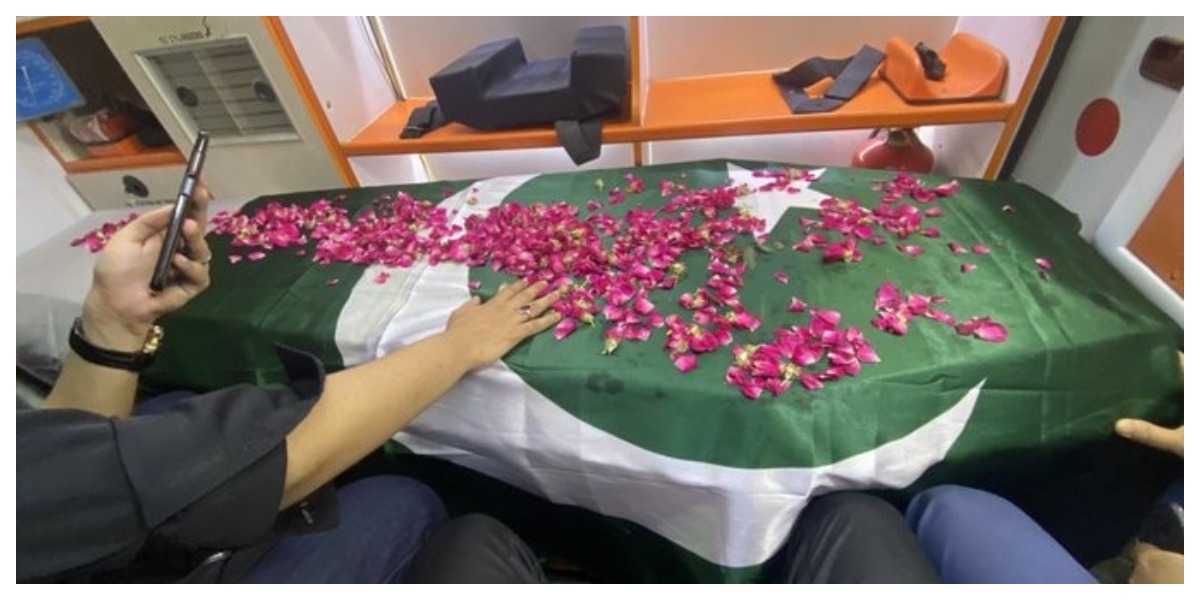 Sharif’s body was seen wrapped in the green and white flag of Pakistan as his coffin left for the Edhi morgue from the airport.

Previously, the funeral prayers of the legendary comedian were offered in Germany on October 4. Sharif’s funeral prayer was offered at the Turkish Mosque in Nuremberg.

Saying goodbye to the icon

Comedy King Sharif, who was in a critical condition for the last couple of days, passed away in Germany at the age of 66 earlier this week.

The comedian was set to travel to the United States via Germany for his treatment but was unable to make the final leg of the journey.

Born on April 19, 1955, he started his career as a stage actor as Umer Zarif before settling for Umer Sharif and became popular due to his stand up acts in different parts of Karachi. In the 1980s, when he entered TV, Sharif was able to garner instant fame with his ability to make everyone laugh at the drop of the hat. 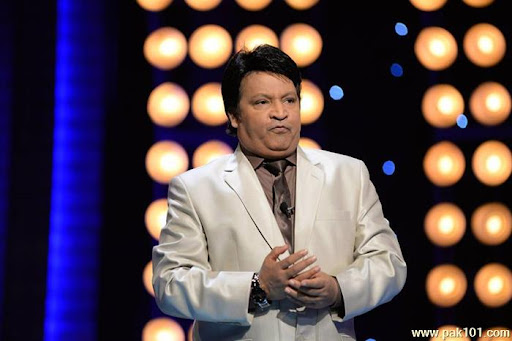 However, it was the success of his stage dramas that were recorded and then released on video cassettes. It gave his career the boost he deserved. The first to come was ‘Bakra Qiston Par’ in the 1980s for which he was both writer and actor. The drama gained so much popularity among the masses that four sequels were recorded in the next few years.

Buddha Ghar Pe Hai was another stage show that racked him fame not only in Pakistan but across the border as well. Later, Sharif entered the foray of movies where he had box office success with pictures such as Mr 420 and Mr Charlie.

Being one of the best comedians of Pakistan, he was also a very able moderator who conducted countless TV shows across the world among which ‘The Sharif Show’ was quite popular.

Today’s most-watched comedy shows across the border, such as The Kapil Sharma Show, are in fact an amalgamation of Sharif’s plays that are still watched despite being three decades old.

During his career, he went on to win as many as ten Nigar Awards (four in a year) for his performance as a writer, director and producer. He was also awarded the Tamgha-e-Imtiaz for his valuable contributions to the media and entertainment industry.

Sharif’s death has left a vacuum that may not be filled as he was a comedian par excellence.