Karachi, here’s a list of petrol pumps open in city despite strike

Karachi, here’s a list of petrol pumps open in city despite strike

Long queues have been seen at a few fuel stations that have remained open.

Most of the fuel stations are either closed or are unable to operate as they are out of stock. The fuel stations of those Oil Marketing Companies (OMCs) were also closed, which had been announced to provide uninterrupted supply during the strike.

The PPDA is observing a shutdown to press the government to agree with its demand to increase profit margins.

A day ago, the leading OMCs announced that their outlets would remain open during the strike call. These OMCs included Pakistan State Oil (PSO), Shell Pakistan, GO and Hascol.

If you’re in Karachi and looking for petrol pumps to re-fuel your car then these are the pumps that are open: 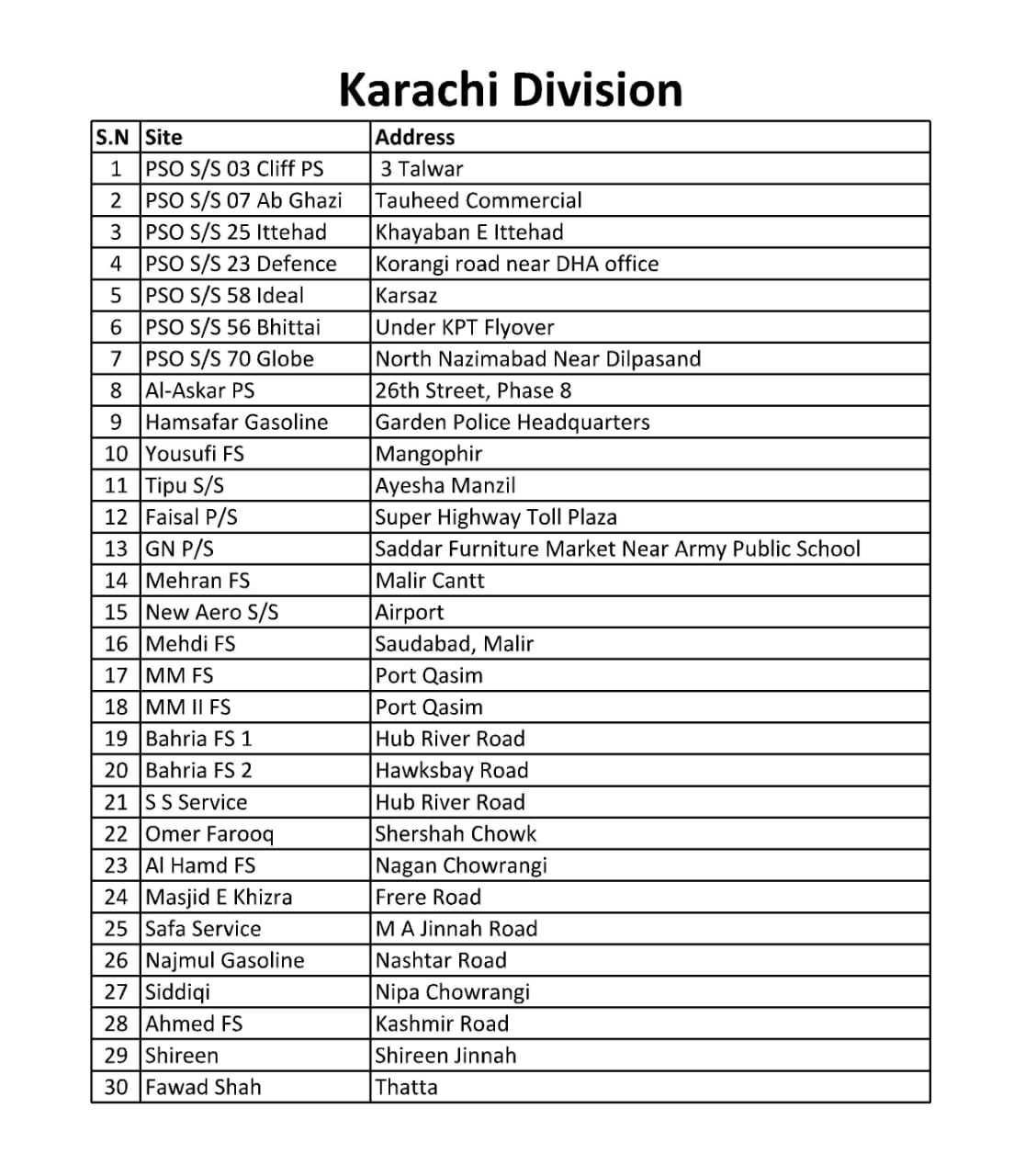 KARACHI: The ongoing gradual cold in the southern port city is set to...

JHANG: The assistant commissioner of Jhang, Imran Jaffer Warbho was on Sunday...

ISLAMABAD: The steering committee meeting of the Pakistan Democratic Movement (PDM) on...

A much-changed AC Milan saw off bottom side Salernitana 2-0 on Saturday...

Wijnaldum rescues PSG after Lens leave Messi in a daze