KARACHI: One of the thriving unconventional careers that has picked up in less than a decade in Karachi is the tattoo artist. A number of graphic or textile designers have switched over to tattoo designing — a creative career they consider very rewarding in terms of job satisfaction.

For many, tattoo designing started as a part-time hobby but has, with the passage of time, become an industry reportedly showing an upward trend.

Rameez Arif, a graduate in textile design and holder of a master’s degree in design marketing and merchandising, was the first artist to introduce tattoo art in Karachi in 2012. He spent six years as a graphic designer. He started off by giving tattoos just for fun and after getting positive feedback on his tattoos, he decided to make it a full-time job and established Ink Grave, a fully equipped state-of-the-art tattoo studio. 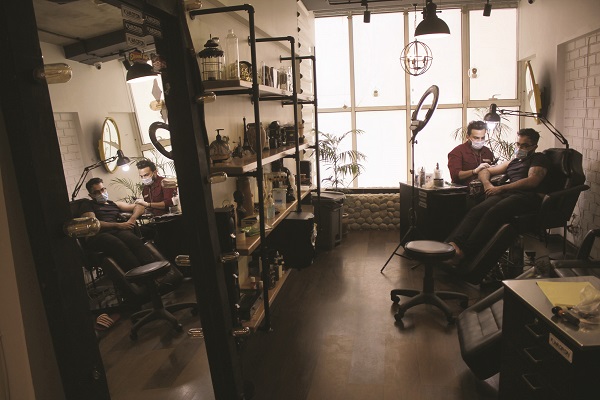 Rameez has had the very unique opportunity to learn the art of tattoo from a number of known artists to hone his skills. After he bought his first tattoo machine, he practiced by getting a tattoo on himself. He claimed that for him it was important to try out the tattoos on himself so that he could feel the sensation and pain himself which the client may also feel.

During his brief tenure, he’s had a number of unforgettable tattoos, some of them being his favorite. One of his clients visited him with botched tattoos that he wanted to cover up. He told Rameez his entire life struggle and in turn, Rameez designed a unique tattoo for him which turned out to be a memorable one for the client and reportedly also one of Rameez’s ‘masterpieces.’

As we were in the middle of our discussion, a client entered the studio and followed an old maxim: ‘Give your clients the earliest delivery consistent with quality.’ He asked permission for leave to attend the client saying that “now you can watch me in action” — and indeed it was quite an experience. But before attending to the client, he asked his co-worker Rida Qazi to answer questions posed by Bol News. 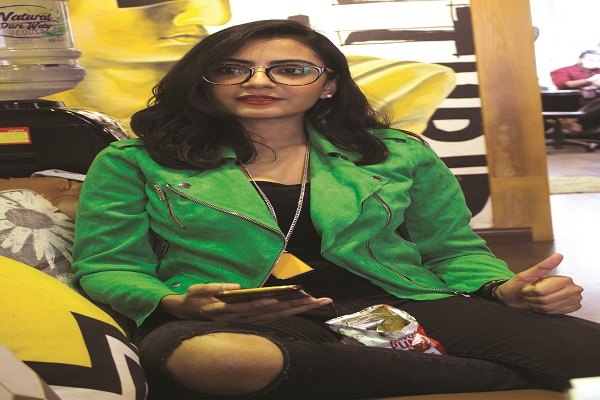 Rida’s favourite pastime during childhood was to draw lines with markers, especially different geometric shapes like triangle, circle, square, etc. Although she has not studied graphic designing, her interest in drawing geometric shapes in different colours and forms inspired her to bring her work into the realm of body art and as such played an important role in her becoming a tattoo artist. For her art is a way of survival and tattoo is an art form.

Describing a tattoo artist, Rida said, “A tattoo artist is a professional artist who can create and apply tattoos based on a client’s request or even suggest a particular tattoo. Some clients prefer to bring in their own picture, or have a custom tattoo drawn up for them. But then there are some clients who want us to suggest a tattoo for them. In that case we ask him to tell us about his profession, his hobbies, his likes and dislikes.”

In short, a complete picture of his persona and then we draw some designs and ask him to select, she added. “The entire concept of the tattoo is then based on the client’s preferences, idea and personality. All we want is to make sure that the client is happy when the end result arrives.”

Tools of the trade

Speaking about the tools and equipment used in tattooing, she further said that for better results, tattooing supplies should always include very high-quality needles, tubes, tips, and grips, ink, a machine, and stencil products.

All materials used in their studio were imported and were pretty expensive and as such their work was appreciated by the clients, she remarked. “Some materials were also locally available but of very poor quality hence those who believe in quality work and satisfaction of clients avoid using them.”

Speaking about the procedure involved in tattooing, she stated that the design selected by the client had to be made by ink with the help of a pen-like needle on the part of the body followed by a formal procedure which might take 20 to 25 minutes. “However, the duration could prolong depending on the size, design and area of the body.”

She ruled out the notion that tattooing was a painful procedure. “There are certain places around the bone area, such as the elbow or ribs — in fact any place where there’s bone under the skin — where one may feel some pain but a very mild one. “Some clients take a painkiller as a precautionary measure but we don’t recommend it.”

Responding to the question about clients’ varying preferences, Rida elaborated, “You may be surprised to know that not only youngsters but we even received clients who were in their sixties or seventies. But the fact remains that the majority of people visiting us are between the ages of 20 and 25 years. Design, size and place of tattoo varies from person to person. Those between the ages of 18 and 25 prefer imprinting some message or some logo on their body.”

Some of them even want to engrave the names of their fiancés, she revealed. “Since tattoos can now be removed using laser techniques, in case of breakup the former fiancé’s name can be safely removed. With the advanced technology of laser, the ink particles are blasted into tiny particles through laser light so the body’s natural cleansing and detoxification system can eliminate it from the body. It’s fast, safe and the results are amazing. This is a safe and certified procedure.”

Speaking about the response from the general public, she commented that slowly and steadily, social acceptance had been coming in helping the tattooing industry grow larger and larger.

While the industry is growing, those involved in the tattoo business must not forget to focus on how to use tattoo equipment, needles, as well as ink work and the sterilisation and safety of the client, she warned.

Speaking about the facial tattoo she also said, “Facial tattoo is hardly done in our part of the world because skin on the face is much more fragile than the rest of the body. It is much more difficult to tattoo over there. If the artist goes too deep with their needle, the lines will bleed just like on any other body part. Though some people may like to get a tattoo on their face, I’ve so far not done a facial tattoo.”

Giving a brief on her experiences, she highlighted that at times, the client just refuses to accept the suggestions of the tattoo artist and keeps on arguing. “The heated discussion usually starts when the artist says that the design the client wants in his or her forearm may not look good because of his or her colour of skin. There are some designs which look good on lighter skin but the same design may not be suitable for people with darker skin tone. A good tattoo artist generally manages to convince the client but at times the artist has to surrender and ask the client to go somewhere else to get the job done because the tattoo artist doesn’t want to damage his reputation.”

Talking about the trend among teenagers Rida said, “We generally discourage people in their early teens. But if they insist we ask them to come with their father or mother. So when somebody comes with his parents we ask them to sign a no-objection certificate and only then we start the procedure.”

Narrating an interesting story, she said that once a professor teaching in a private-sector university came to her with a map of the world which was very different from the maps generally available and wanted to get that tattooed on his forearm. “It was a very complicated design but then her childhood hobby of drawing geometrical shapes helped in completing the tattoo to the full satisfaction of the client. What I mean to say is that even sober elements of society are getting attracted to tattoos.”

She remarked that the most notable change in a tattoos’ appearance, generally speaking, comes from wear and tear over a lifetime. “As your skin ages, your tattoo ages with it. Although the ink will never completely disappear, over time your tattoo will begin to fade. But then the best thing is that one has the option of removing his tattoo whenever she or he wants.”

In an effort to supply motorcyclists with cheap petrol across the country,...

LAHORE: The Lahore High Court on Thursday barred the Punjab government from...

New cities like RUDA need of the hour for Pakistan, says PM Imran

DERA BUGTI: At least four people including a cousin of Balochistan Awami...

Pakistani actress Mariam Ansari is enjoying her newlywed life with her husband,...

On social media, a video of a desi bride has become popular....

Ajay Devgn, a Bollywood actor, is getting up to play a cop...