Their video of the indecent scenes went viral on social media like fire and people were quick to viral the video on different social media platforms.

The 28-year-old TikTok star Aiman Zaman has a huge following of 4 million followers on her TikTok account. Other than that, Zaman had worked in several Pakistani dramas including Hirrat and Soteli Mamta.

Not only her, but Mujtaba Lakhani has also a huge fan following as he has over 5 million followers on TikTok.

The duo recently was seen in Aryan Khan’s song video Pain. Aiman and Mujtaba got not time to celebrate the success of the song as the leaked video scandal took away all their happiness in a wink of an eye.

However, as soon as the news got into the couple’s ears, Aiman was quick to bullish all the rumors and responded via her social media handles that the video is fake. 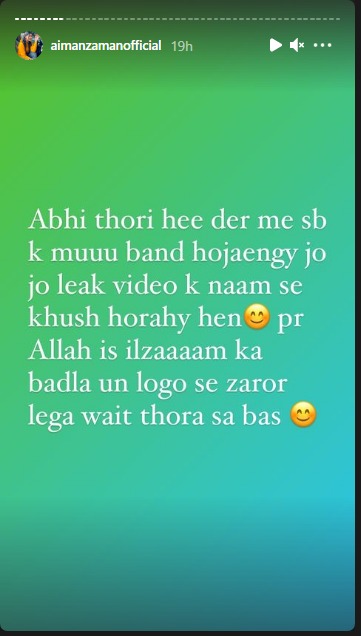 She further hit out at the netizens for backlashing her identity and those indulge in Zaman’s character assassination. 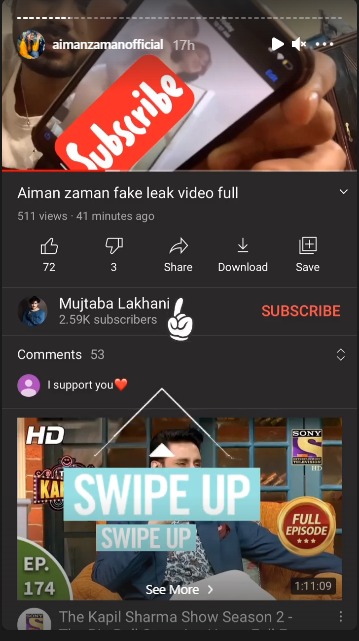 So-called “Aiman Zaman leaked video” was shared by several social media users on Twitter, Facebook, and WhatsApp groups. Which made it viral.

Many people on social media were claiming that the people in the video are were Pakistani TikTok stars, Aiman Zaman and Mujtaba Lakhani.