Pakistani actress Amna Ilyas has slapped a man in her new video and no one can stop laughing at it.

The Baaji actress shared a new funny video in which she tried to give a meaningful message.

In the video, Amna can be seen kneading dough and asked for “honey”. To which a man responded, “Yes darling”, Amna then slapped him on his face and asked him to add honey in the dough.

While sharing the video on her Instagram handle, the actress wrote,

The video received a positive response from the netizens and many Pakistani celebrities couldn’t stop laughing at the funny yet meaningful video. 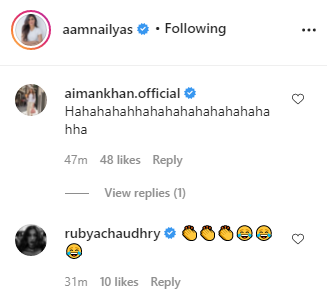 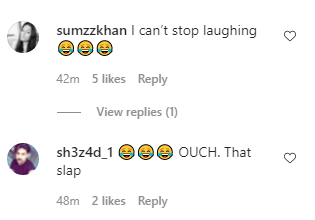 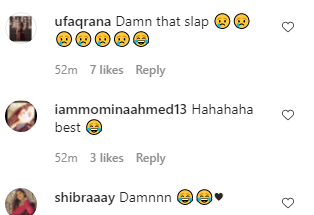 Earlier, Amna Ilyas humorously pointed to those who spit betel leaf on the streets through her video and wrote, “These painters only use the color red!!
“PAAN SPIT”
An issue understated in Karachi”

The problem of spitting betel leaf was considered trivial in Karachi but as of late it is becoming a matter of concern.

Hyundai Santa Fe SUV to be assembled in Pakistan

Several car companies have established their footing in Pakistan due to the...

Pakistani cricketer Babar Azam is the first captain of the national side...

Pakistan's Shehroz Kashif has become the first young mountaineer to conquer the...

As the holy month of Ramadan comes at its end, Muslims gear...