The craze of overnight fame is making people do things that they have never done. All they want is to be famous for any reason.

But how do people get overnight fame? Well, there are many people, who now do not believe in hard work and opt short cuts to be known across the world.

As everything gets viral on social media, such people use these platforms to upload their indecent videos or photos to get famous.

Recently, a video of Pakistani actress Zarnish Khan has been leaked on social media, in which she can be seen dancing on a Bollywood track “Laal Dupatta” in her car.

Zarnish Khan is a television actress, who has appeared in several drama serials including Susraal Mera, Aye Zindagi, and Sehra Main Safar.

In the video, which seems to be private, the actress is dancing fearlessly and gracefully as someone who she trusts is making the video.

However, it got leaked on social media! But does Zarnish upload the video herself for fun or as a publicity stunt? Well, the question remains unanswerable.

Well, this is not the first time when an actresses’ video has gone viral on social media while dancing in a car. 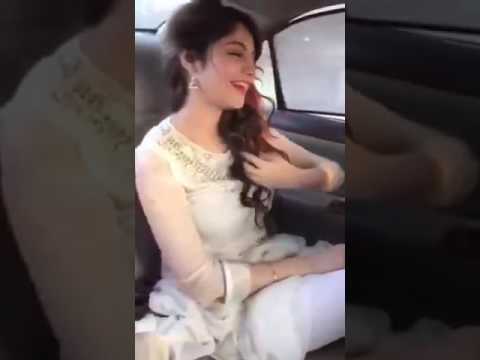 Sumbul Iqbal is a Pakistani actress and model. She was born on...