On Thursday, a video was uploaded on Naik’s social media accounts; Facebook and Youtube, describing Al Hidaayah. In the video, a listener compared the streaming channel to Netflix, to which Naik replied,

“It would not be wrong to call Al Hidaayah the Halal (permissible in Islam) version of Netflix… Majority of the programmes on Netflix are Haram and not in line with teachings of Quran and Hadith (words and actions of Prophet Mohammad).” Naik claimed Al Hidaayah was “not only Halal”, but would get users closer to Allah. 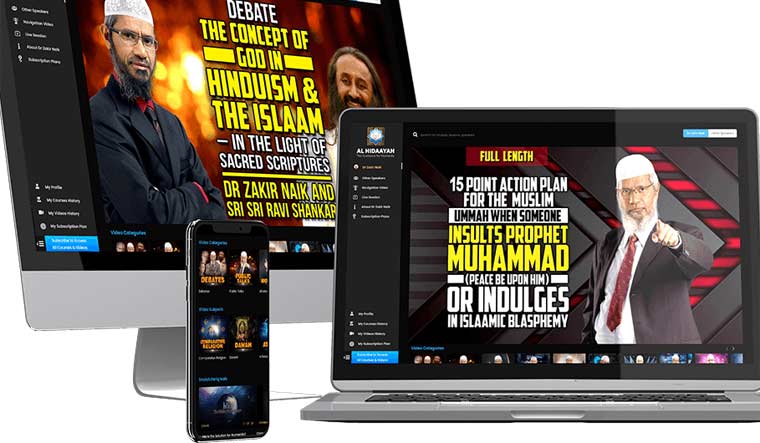 Al Hidaayah claims the platform is the “Largest and Best-Quality Platform for Islamic Courses and Islamic Video on Demand. It has thousands of hours of videos of more than 40 Authentic Islamic Speakers from all over the world”.

The subscription charges of Al Hidaayah start from $11 up to $30 per month.

The content would include “debates, lectures, workshops, group discussions and talk shows”.

Naik highlighted the advanced quality of technology on Netflix in the video and said “technology was not Haram”. Naik claimed the content on Al Hidaayah would feature similar technology and was recorded in 4K and 8K.

The majority are of the opinion that after a long period of...