Tom Cruise, who is currently in the country filming the latest Mission: Impossible film, landed in Alison Webb’s Warwickshire garden by helicopter. The family had only been told that an unnamed VIP needed a place to land because the nearby airport was closed.

Cruise posed for photos and gave Ms. Webb’s and her partner’s children a free helicopter ride. 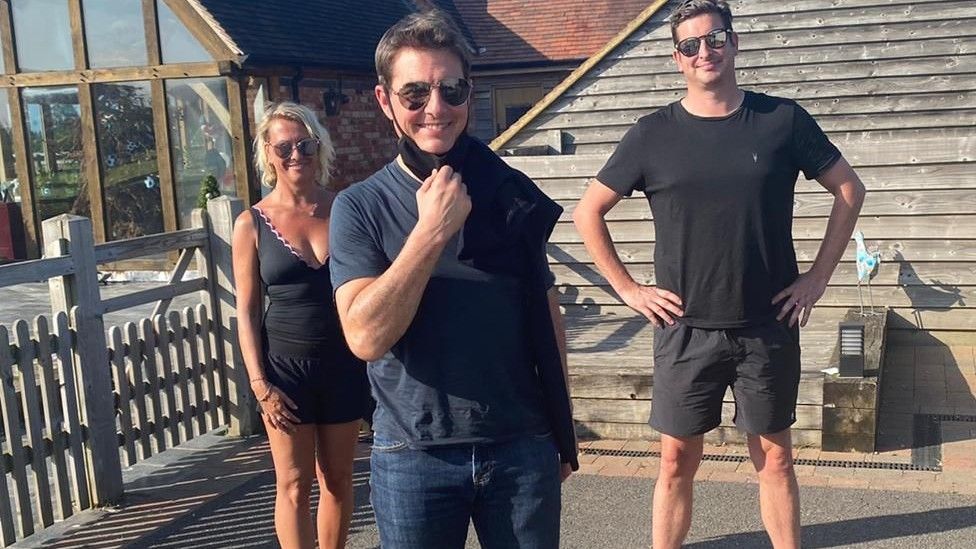 Ms. Webb, of Baginton, said she was told her field was needed for a helicopter landing for an unnamed “VIP who was running late,” while Coventry Airport was temporarily closed.
“I thought it’d be fun for the kids to see the helicopter land in the garden,” she explained.

“He [Tom Cruise] basically arrived and got out and it was like ‘Wow.”

“He went straight over to the kids for a chat, then came over and elbow bumped us and said thank you. Then he said the kids could go up in the helicopter if they wanted.”

Ms. Webb stated that the pilot took the children on a ride while Cruise attended a meeting. 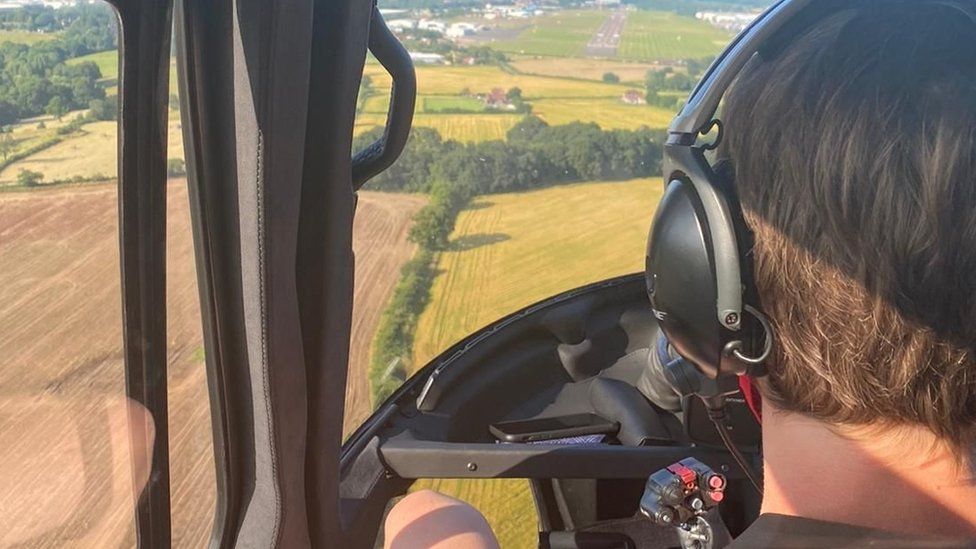 “It ended up being an incredible day,” she said.

“It was surreal; I can’t believe it happened.”

Maxine Thawley, from Nottingham, described seeing the stars as “exciting.”

“We saw lights and a lot of people with cameras, but we couldn’t figure out what was going on,” she explained.

“We walked by and had a coffee before realising it was Tom Cruise.”

“I can’t wait to see the movie so I can say I was walking by when they were filming that scene.”

On Saturday, Cruise went to the Indian restaurant Asha’s, which caused quite a stir on social media.

Many wondered if it was really him, and some dubbed him “Two Tikkas Tom” after the restaurant reported he ordered two chicken tikka masala dishes.

According to general manager Nouman Farooqui, Cruise arrived in a group of five and ordered dishes to share, including the tikka masala made especially for the actor, of which he ordered seconds for the group.

Despite the speculation, Mr. Farooqui stated that it was 100% the Hollywood star.

“I came to make sure everything was fine, and I was right next to him, so I knew it was Tom Cruise,” he explained. 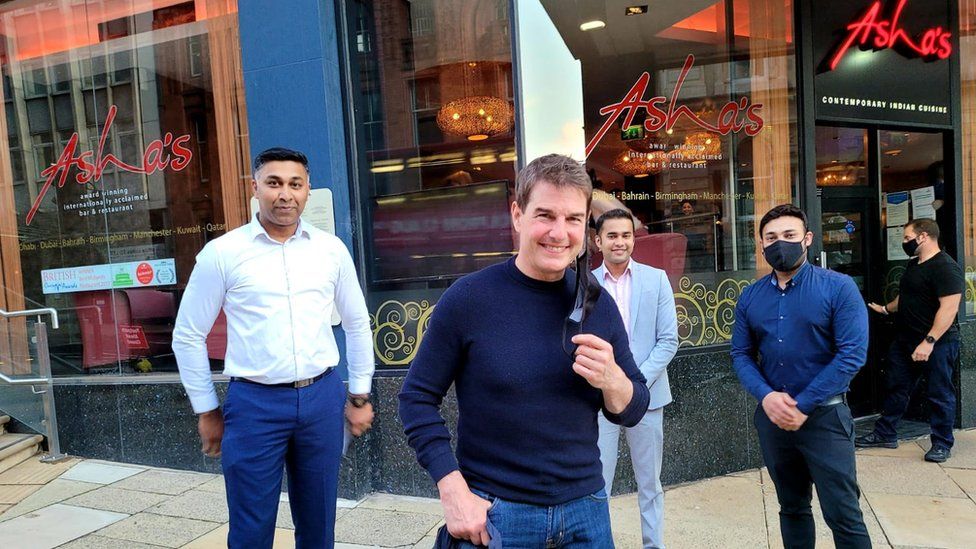 According to Nouman Farooqui, Tom Cruise “likes his food a little spicy.”

Mr. Faroqui was “starstruck” by the Top Gun Star, who described him as “a polite, humble, down-to-earth man.”

The seventh Mission: Impossible film, directed by Christopher McQuarrie and starring actors Simon Pegg, Ving Rhames, and Vanessa Kirby, as well as Rebecca Ferguson and Henry Czerny, is set to be released in May 2022.