After the conclusion of the first match of the three-match T20I series, which Sri Lanka won yesterday by 64 runs in a stunning defeat to Pakistan despite teenager paceman Mohammad Hasnain’s hat-rick, Sri Lanka will eye on their second win in Lahore’s Gaddafi Stadium to win the series. Sri Lanka are taking a 1-0 lead in the T20I series.

Host players with the number one ranking in T20I are performing in their intensive training session today at the same stadium from 3-6pm for placing their comeback in tomorrow’s match. 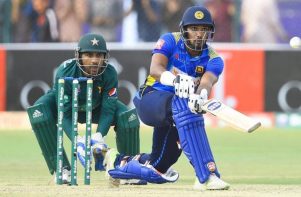 Team Sri Lanka will practice for enhancing their skills from 7-10pm at the same ground.

ODI series in Karachi, which Pakistan won the ODI series against Sri Lanka with 2-0 lead. It’s Lahore’s turn to host Sri Lanka for the series.

Pakistan and Sri Lanka last locked horns in a bilateral T20I series in 2017, when they played the first two games of the three-match series in Abu Dhabi, before moving base to Lahore for the final clash.

Pakistan swept that series 3-0. The island national last won a T20I game in a bilateral contest against Pakistan back in 2012; they have won only two out of the 11 games between the sides. 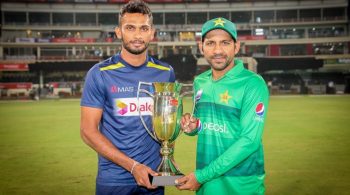 In the recently concluded ODI series, Sri Lanka had their moments, fighting hard in the two ODIs (one was washed out), but Pakistan took the series 2-0.

In a three-match affair against a Faf du Plessis-led World XI, the hosts won 2-1, and later played one T20I against Sri Lanka in October.

Islamabad United win the match by 15 runs against Peshawar Zalmi in...