According to the details, the referee unanimously declared Muhammad Waseem the winner of the match in Dubai.

Boxer Muhammad Waseem dominated his rivals in eight rounds during the competition. This is the tenth victory in Muhammad Waseem’s professional career. 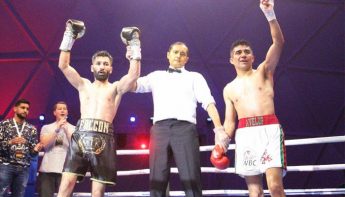 It should be noted that Muhammad Waseem knocked out rivals seven times in his career. He knocked out Philippine boxer Conrado Tanamor in just 62 seconds in a fight a few months ago in September.

Federal Minister for Information Fawad Says Tourism Should Be Promoted

Federal Minister for Information Fawad Chaudhry said that our government should promote...