It’s great to know that the PSL 5 opening ceremony will be held in the city of lights, Karachi. The largely populated and growing city of Pakistan. In Opening Ceremony, most of the celebrities are taking part to entertain the audience before the very first match of PSL 5, excite the audience with their cheerful performances adds the glamour in the tournament. This excitement attracts the people to the stadium so they can enjoy and support their favorite team. Moreover, detailed information about the League is shared.

Pakistan has made its remarkable and biggest brand in the form of ‘Pakistan Super League’ (PSL). This amazing news came out on 9 September 2016, which introduces the professional T20 cricket league. The event left the cricket fans and lover astounding in Pakistan, due to some law in order situations Pakistan was unable to style such stages on large scale. However, PSL has become one of the biggest brands of Pakistan which introduces so many talents in cricket format whether it’s bowler, batsman or an allrounder. PSL was founded in Lahore under the supervision of the former Chairman of Pakistan Cricket Board Najam Sethi. Five teams participated in the tournament at the beginning. But 6th team was added alter. Instead of acting as an organization of independently owned teams, the league is a single entity in which owners own and manage each franchise. 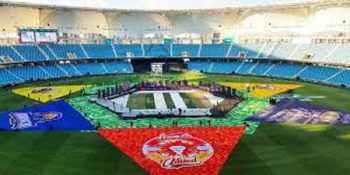 Pakistan’s situation was horrible in the last few years, due to the law and order situations. International Cricket was banned in Pakistan after the terrorist attack on the Sri Lankan team in Lahore. So, to manage the security concerns, the PSL Cricket league was arranged in the UAE as it is supposed as the home ground for Pakistan. In the last 2 seasons, all the matches used to be played in the UAE. But, after 2 seasons, some matches were played in UAE and few were scheduled in Pakistan. Now, HBL Pakistan super league will be played entirely in Pakistan as directed by Pakistan’s “Ehsan Mani” chairman of the cricket board and Pakistan’s Prime minister “Imran Khan”. The audience is much excited to enjoy the crunch and thrill of cricket in Pakistan, as PSL is hopefully going to start in 2020. 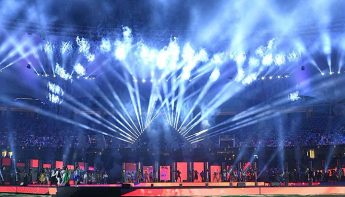 Get ready for the hype created and the most excited Pakistan Super League, as it is going to start in Feb 2020. The Opening Ceremony will be celebrated in Pakistan at the National Stadium, Karachi, and after that, the excitement is doubled as the first match will be played after Ceremony. The announced date for the Opening Ceremony is February 20th, 2020.

The entire league will take place in Pakistan, as it is the most exciting thing. However, four major cities are going to be the main part of the league as they are hosting the matches in their wide Stadiums. Including Karachi, Lahore, Rawalpindi, and Multan will host to add more fun. People are already excited for the league matches and Opening Ceremony.

Try to pack up all your routine work early and enjoy the PSL matches. Buy the tickets before they sell out, live the moments in the stadium and enjoy the matches. But remember to attend the Opening Ceremony.

Various celebrities are going to perform in the Opening Ceremony of PSL 5. According to the press released, celebrities including Aima Baig, Abrar Ul Haq, Sanam Marvi, Rahat Fateh Ali Khan and the 5 talented singers of “Tayar Hain” anthem of PSL 5, will excite the audience with their performances.

The gleaming Opening Ceremony of HBL PSL 5 will be held on Thursday, February 20th,2020. As the official anthem is out so the singers of the PSL anthem will also perform in the Opening ceremony, including Ali Azmat, Arif Lohar and Asim Azhar, who warm the blood of the audience with their performances.

There will be the fascinating grand fireworks in the ceremony, according to the press release.

Babar Hamid, the Director of PCB, said “It is only befitting that a grand and glamorous opening ceremony is held to welcome Pakistan’s very own PSL in the country. We have brought together all the top artists in the country to set the tone of what will be an epic tournament.”

So as the timing is going grab your tickets as it’s going to be the biggest and more thrilling league in the history of PSL. 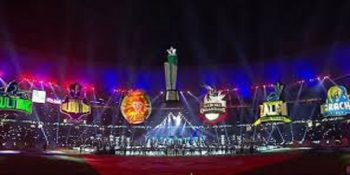 PSL arranges a prestigious and grand celebration every year after 2015. It brings happiness and stressless days for Pakistanis. It is also acknowledged by the foreigners and other sportsmen of different International teams, proving its ability and improving every year as the number of audience increases day by day. People will get the live streaming on the Different sports Channels of Pakistan, enjoying at your home with the refreshments on your cozy couch, catch all the thrills of matches.

PTV sports and other several channels are going to telecast the live matches of PSL 5.

You can have the highlights after the opening Ceremony ended on their respective channels as if you have missed those perks so you can enjoy that watching highlights.

PSL has 6 teams which excite the audience wit their matches

Who you are going to support? Must exciting evenings are coming so get ready to be the part of PSL 5

In 2016 Islamabad United got the winning trophy

In 2017 the winners were Peshawar Zalmi

In 2018 the winners were Islamabad United

In 2019 the winners were Quetta Gladiators