The legend of squash Jahangir Khan entered the stadium while holding the trophy. 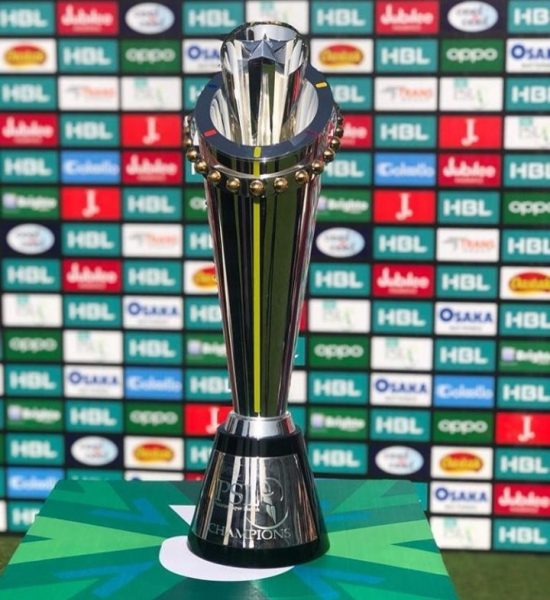 Jahangir Khan presented the trophy to the captain of Quetta Gladiators Sarfaraz Ahmed. Sarfaraz then handed over it to Pakistan Cricket Board (PCB) Chairman Ehsan Mani.

Intezar ka waqt khatam hua! Here is your first look at the #HBLPSLV trophy! What do you think? #TayyarHo? pic.twitter.com/FY6rP9SOQJ

The amazing trophy was manufactured by Ottewill Silversmiths Company of the UK. Moon and star present at the top of the trophy represent Pakistan. It is 65 cm long and weighs 8 kg.

Sir Vivian Richards, the West Indian cricketer, and mentor of Quetta Gladiators said,  “I am looking forward to PSL as this is the first major T20 league of the year in a heavy cricket season which culminates with World T20 later in Australia this year. Consistent high-quality contests in leagues such as PSL where players from across the world play help them to prepare better for global tournaments.”

Following requests from a number of cricket clubs who had missed registration...

Pakistan women’s selection committee has announced a 26-player squad from which the...

Pakistan's coronavirus positivity rate has dropped to 1.69% today. This is the...

Actors George Clooney and his friends are uniting with Los Angeles education...