Fakhar Zaman is the star opening batsmen of the Pakistan Cricket Team. He has made his debut in ICC Champions Trophy 2017 during Pakistan vs. South Africa clash.

It was June 7, 2017, when a South African side clashed against team Pakistan at Birmingham. It was the ICC Champions Trophy and Pakistan, after their opening game loss to India, needed a win. 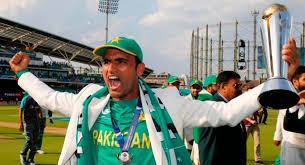 Pakistan ended up winning the match and Fakhar’s knock awestruck selectors enough for them to give him another chance.

He played throughout the tournament, smashing a blistering century against India in the final that ultimately led to Pakistan winning the trophy under Sarfaraz’s leadership.

The Pakistan Navy on Monday given the honorary rank of lieutenant to renowned cricketer Fakhar Zaman in a bid to acknowledge his achievements in the sport as well as his association with the Navy. 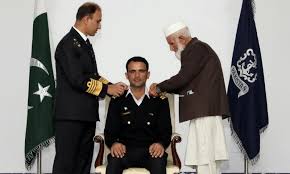 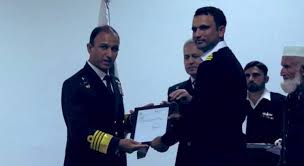 Conferring to a statement issued by the Director-General Public Relations of the Pakistan Navy, the Chief of the Naval Staff Admiral Muhammad Amjad Khan Niazi conferred the honorary lieutenant title upon Zaman during a special epaulet award ceremony held at the Naval Headquarters in Islamabad.

Pakistani cricketer Fakhar Zaman has been rewarded with the honorary rank of...

Multan Sultans sets a target of 170 runs for Lahore Qalandars in...