The Platinum list of the sixth edition of Pakistan Super League 2021 has been announced.

The six franchises will now be making key trade and retention decisions before the HBL PSL Draft, with each team, allowed a maximum of eight retentions ahead of the Draft.

Besides Malan, England’s Alex Hales who was part of the Kings’ winning squad in last year’s edition is also on the list. Moeen Ali (Sultans), Chris Jordan (Zalmi and Kings) and Tom Banton (Zalmi) are also part of the Platinum roster.

Spinner Mujeeb-ur-Rehman and all-rounder Mohammad Nabi (Gladiators) are the two other Afghanistan players on the list along with Rashid.

HBL PSL Player Draft for the 2021 edition to take place in Lahore on January 10. 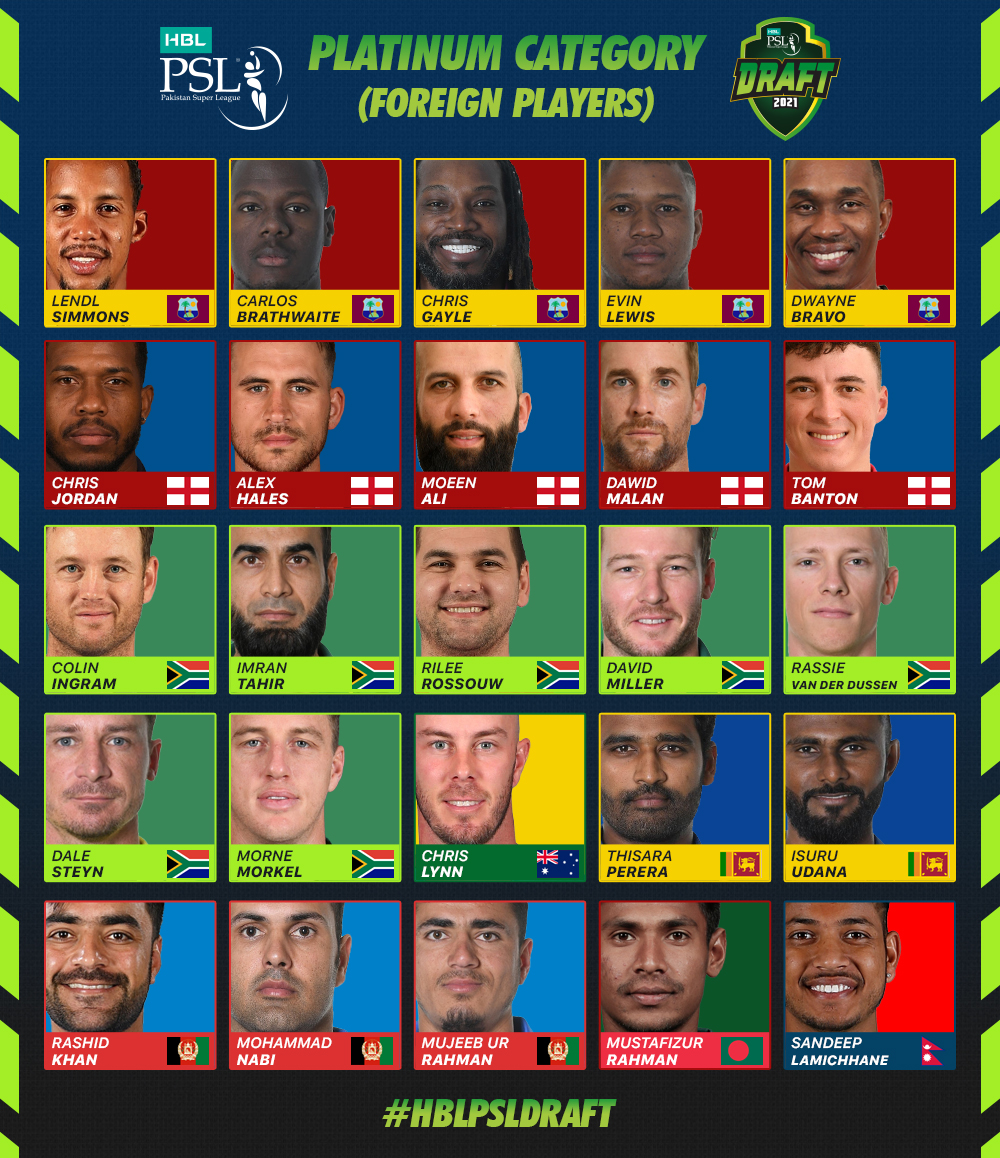