Two big franchises of the Pakistan Super League (PSL) Quetta Gladiators and Islamabad United has announced their player replacements for the sixth edition of the PSL.

According to the reports, Quetta Gladiators’ Dale Steyn will miss the first two matches due to a family commitment and will be temporarily substituted by Hassan Khan

The South African fast pacer is likely to reach Karachi on February 22, after which he will be available for the franchise. 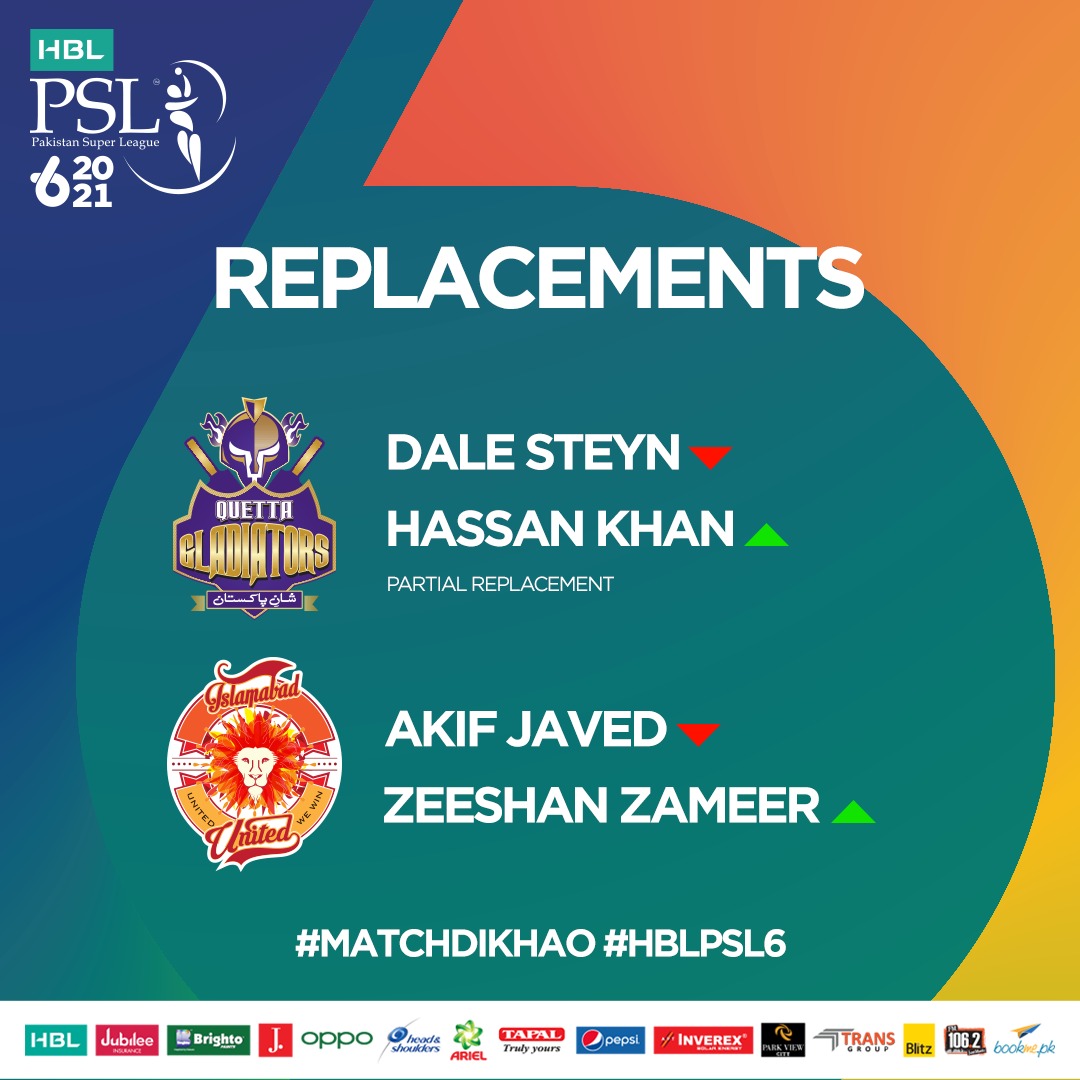 On the other hand, Islamabad United’s pacer Akif Javed is improving from surgery and will not be available for PSL 6. The team said that fast bowler Zeeshan Zameer has been included in the United’s squad as Akif’s replacement.

PSL 6 is starting from 20th February in Karachi and Lahore and PCB has allowed 20 percent of spectators to watch live matches in the stadiums with full SOPs.

Teesside has been issued a heavy rain weather warning

As per the Met office, heavy showers are set to get disturbance...