Russia’s defender Mario Fernandes was hospitalized on Wednesday with a suspected spinal injury during a Euro 2020 match against Finland.

Mario suffered a spinal injury after landing on his back after fall on Wednesday during a Euro 2020 game but avoided damage, his team said.

His team said on Twitter that Fernandes has been taken to a hospital in Saint Petersburg, where the match was taking place.

“According to the results of the exam, Mario did not suffer a spinal injury,” the team said. Fernandes is flying back with his teammates to Moscow, the statement further added. 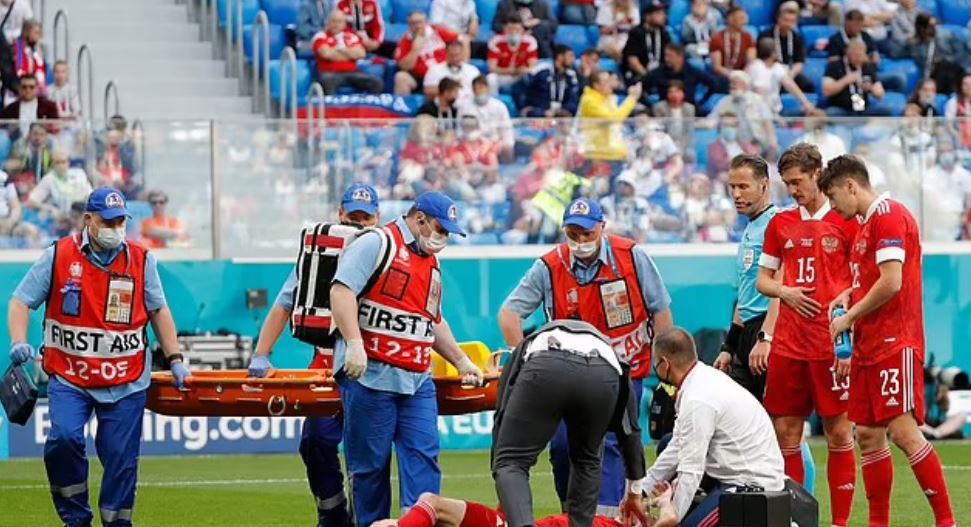 Fernandes’s injury is another blow to the team that has already lost veteran Yuri Zhirkov, who was injured during the 3-0 loss against Belgium on Saturday.

Another defender, Fyodor Kudryashov is yet to heal from an injury that he suffered during a pre-tournament friendly.

Moreover, Russia secured a 1-0 victory over Finland in the Group B match between the two neighbours.

Their next match against Denmark will take place on Monday in Copenhagen.

Earlier, Winger Andrey Mostovoy was substituted in the squad last week after testing positive for the novel Coronavirus.