Pakistan Super League’s (PSL) sixth edition resumed on June 9 after a gap of more than three months when it was stopped in March due to rising Covid cases among the managing staffers and players.

The tournament resumed with Lahore Qalandars and Islamabad United facing against each other.

The result pushed Lahore to the top of the points table, with current champions Karachi Kings standing right behind them.

Before PSL was called off, the last match was played in Karachi between Quetta Gladiators and Multan Sultans, where Quetta defeated Multan and mark their first victory during the tournament. 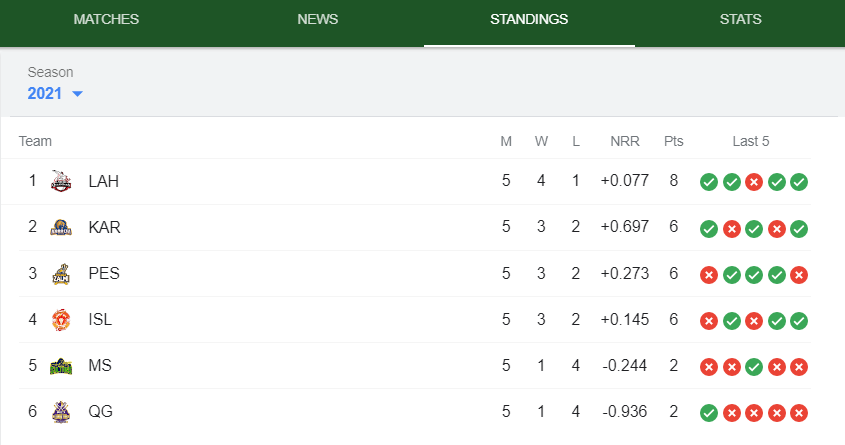 Rashid Khan's consecutive boundaries in the final over helped Lahore to defeat...

Islamabad United win the match by 15 runs against Peshawar Zalmi in...

PSL 2021: Peshawar Zalmi Wins The Toss And Opts To Bowl Against Islamabad United

Peshawar Zalmi won the toss and opt to bowl first against Islamabad...

Karachi Kings and Lahore Qalandars will meet in the 27th match, at...