Five candidates to replace Solskjaer as manager of Man Utd

US fund and Indian tycoon bid more than $1.6 billion for new IPL teams

Jameel added another goal in the 83rd minute to make it 3-1, while Samad Khan cut the margin to 3-1 in the 87th minute for SNGPL.

The match was overseen by Ahmad Rauf, who was assisted by Muhammad Asif and Nadeem Butt. Shafaat Habib presided over the game. 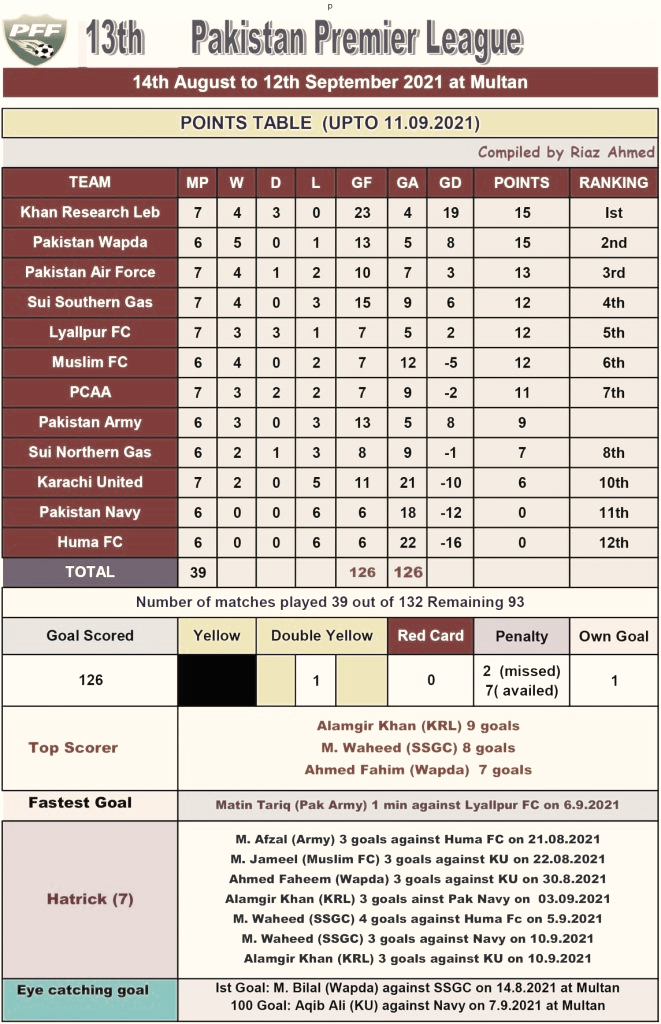 Pakistan made an exceptional start to their ICC T20 World Cup 2021...

Pakistan wicketkeeper-batter Mohammad Rizwan has come out in support of India's fast-bowler...

Afghanistan crushed Scotland by a huge margin of 130 runs in a...